"Trophic Cascade" is a private mural commission for Lodgic Everyday Community, and celebrates local impacts in a global ecosystem.

"Trophic Cascade" is a private mural commission for Lodgic Everyday Community, a new coworking space in Madison with childcare and a restaurant.

"Trophic Cascade" celebrates local impacts in a global ecosystem. The mural depicts a mother wolf and her cub, a nod to the wolves in northern Wisconsin, and all the habitats where wolves are regaining ground and rebalancing ecosystems. The mural also depicts milkweed, which, when cultivated on a local level, increases the population of monarch butterflies, strengthens their migration, and ultimately changes weather patterns.

The "Trophic Cascade" mural is located outside of Lodgic's event hall. This space also connects the children's playground, the kitchen, and the stairwell between co-working and restaurant. It is a conduit of energy. It's more common to see artworks placed in "front of house," for guests. I love that this one gets to be enjoyed by guests, yes, and the kitchen, cleaning, and operations staff whose work behind the scenes who are the lifeblood of any organization. 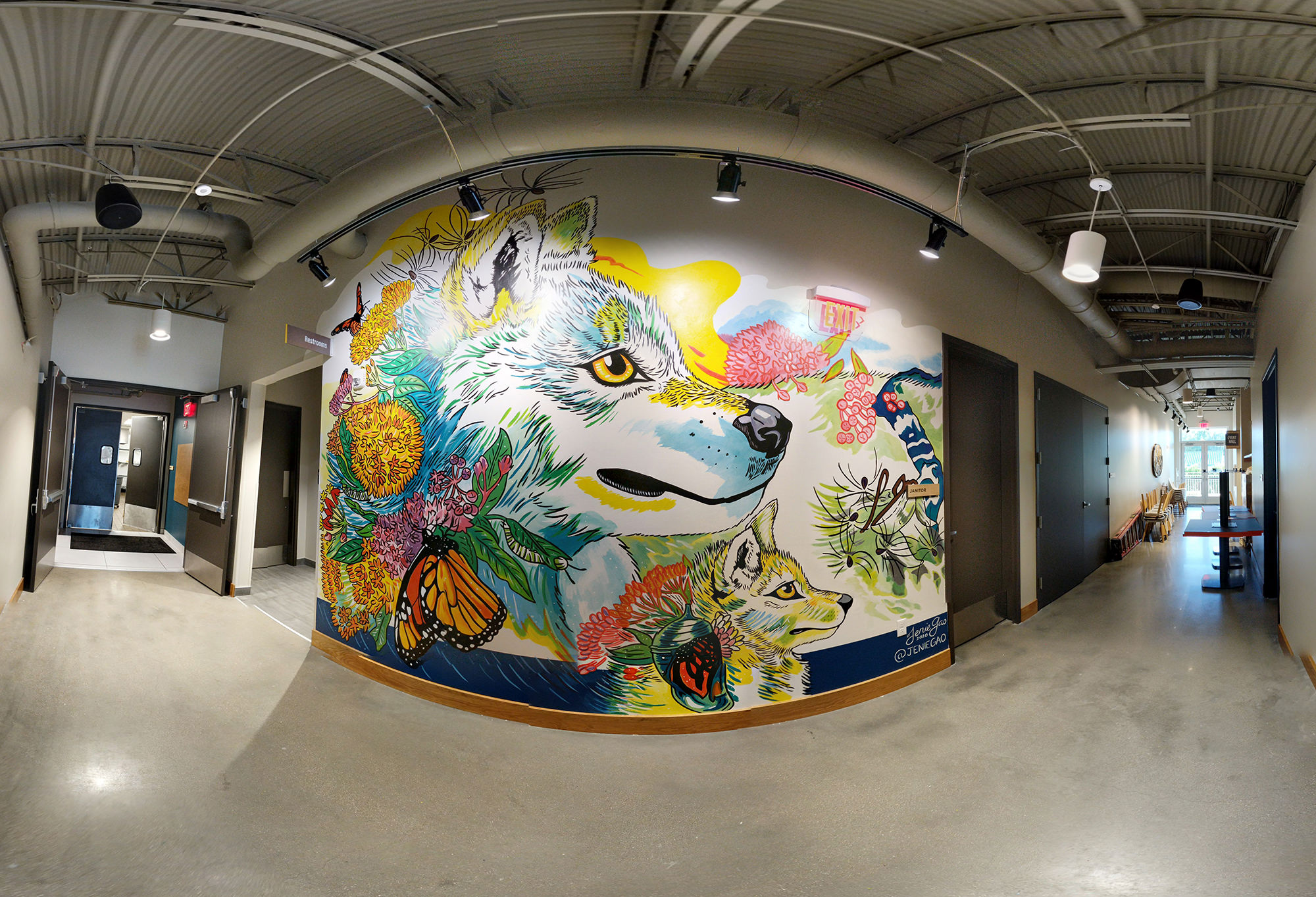 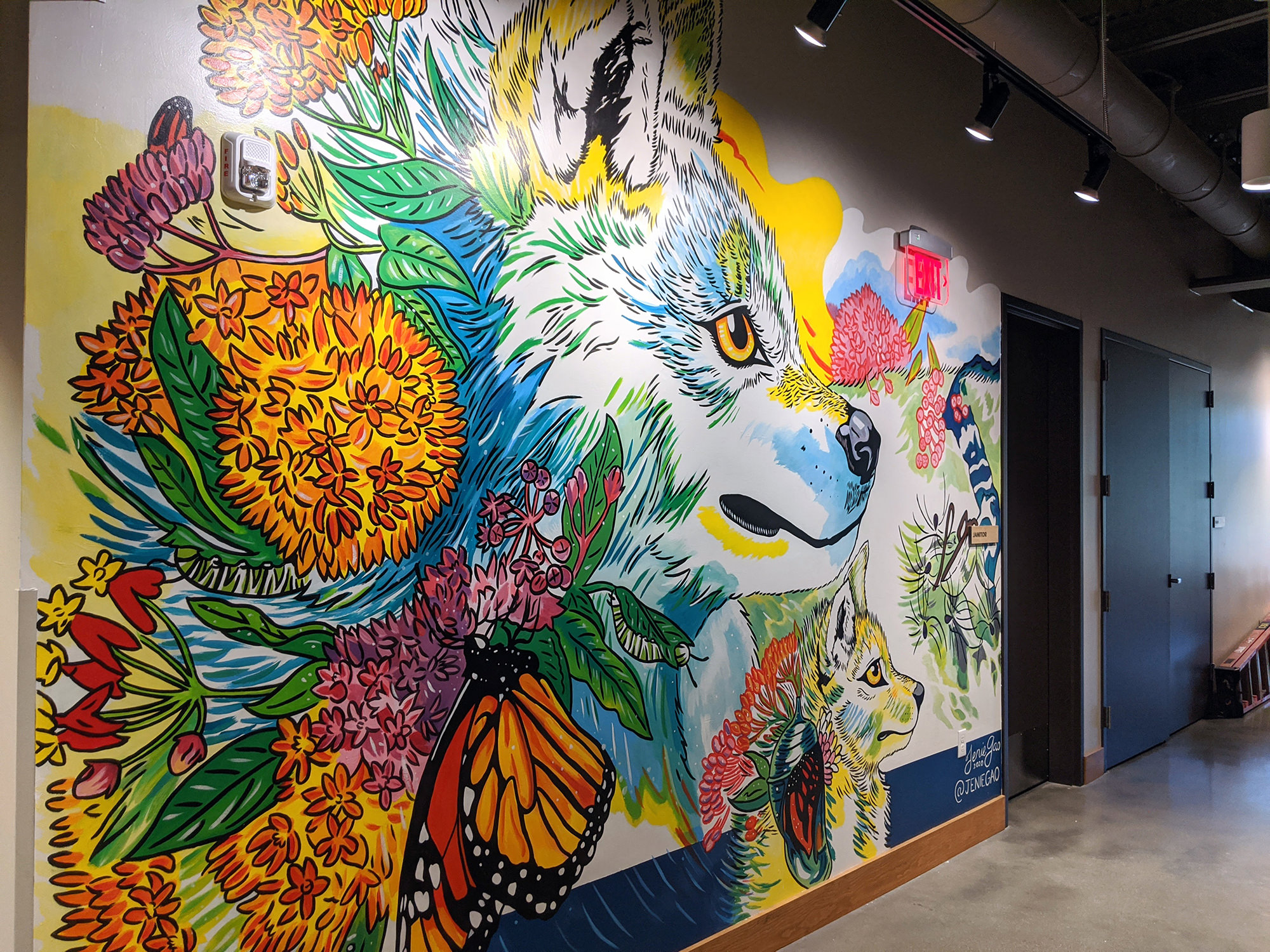 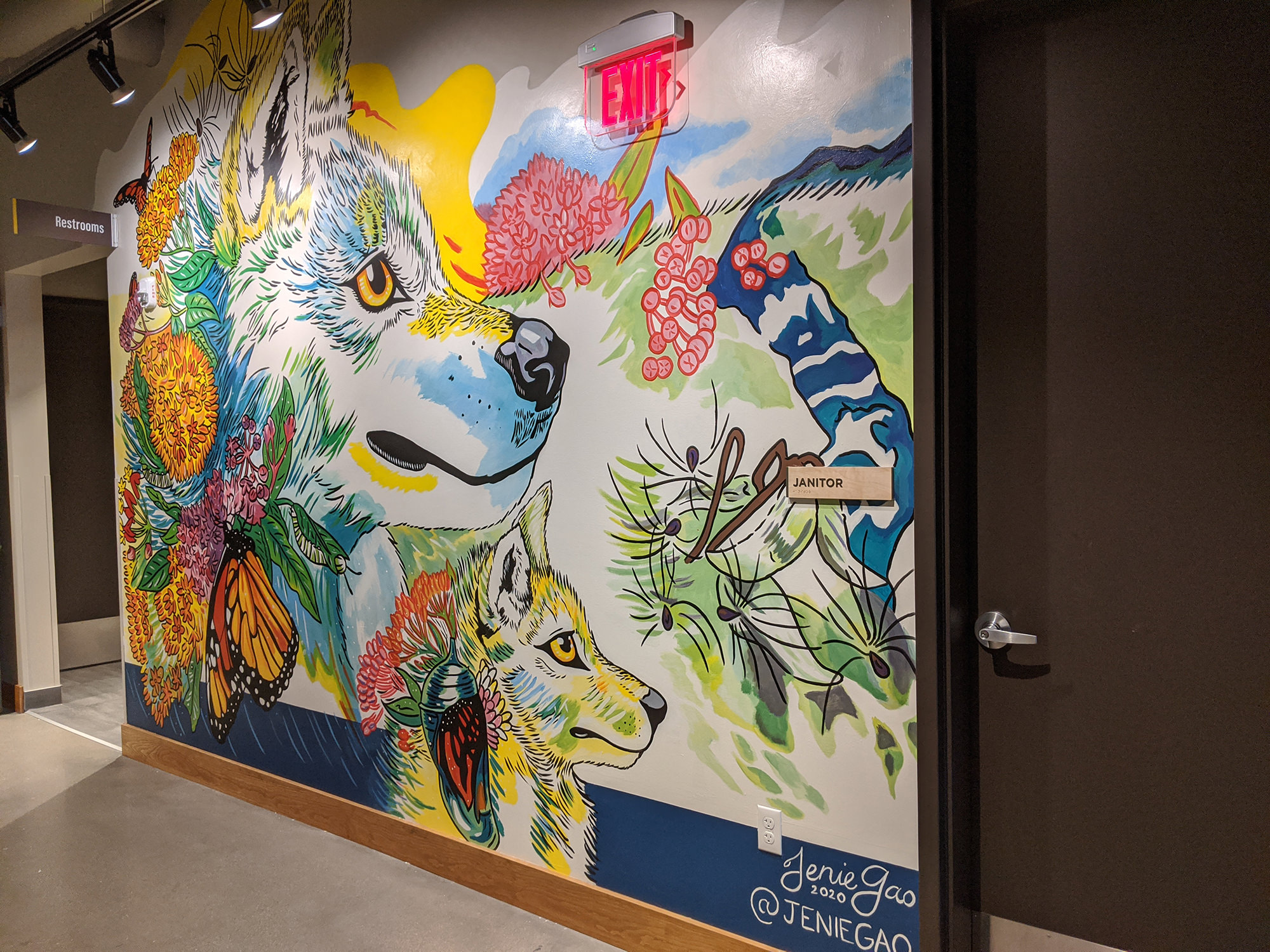 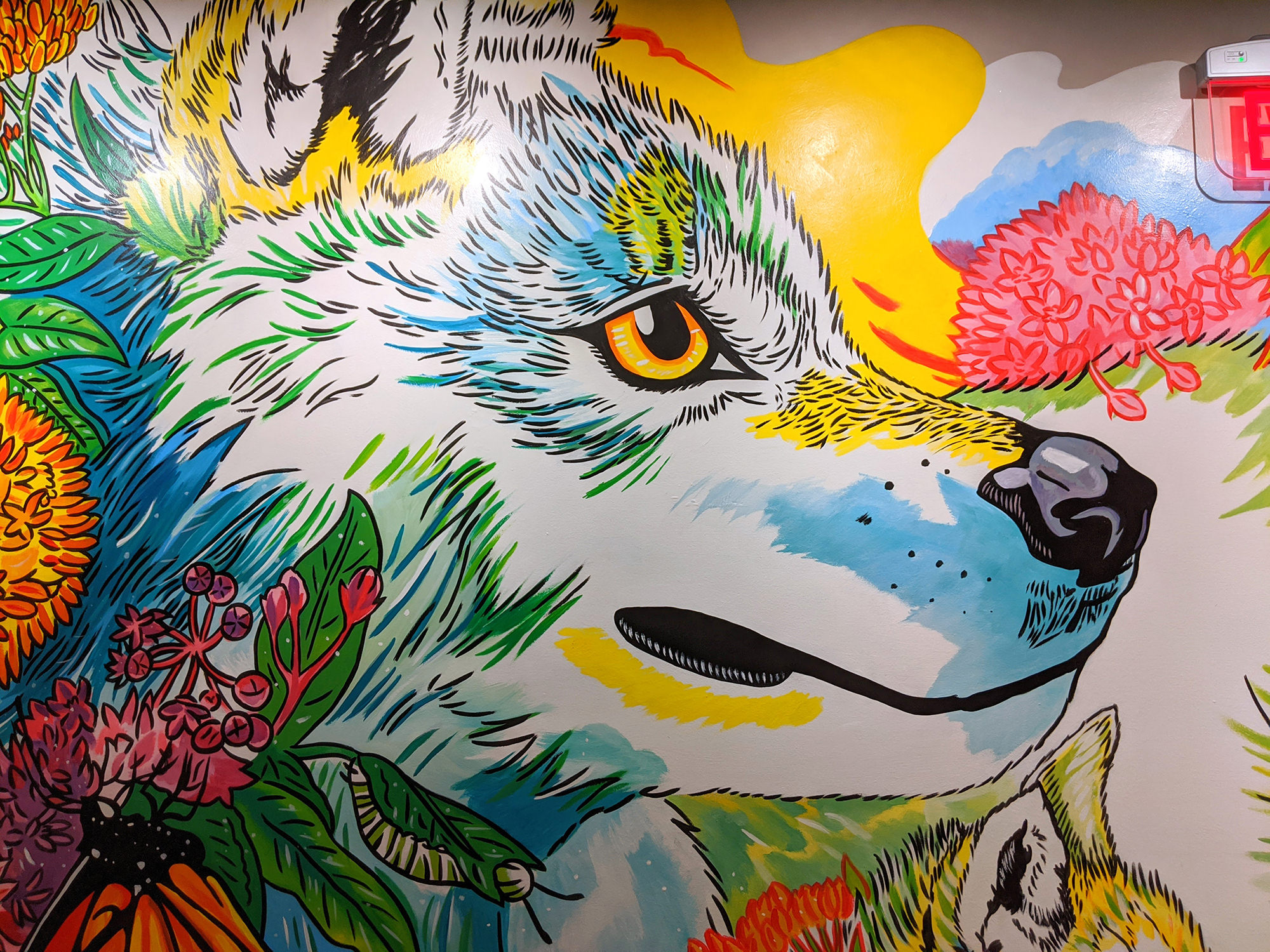 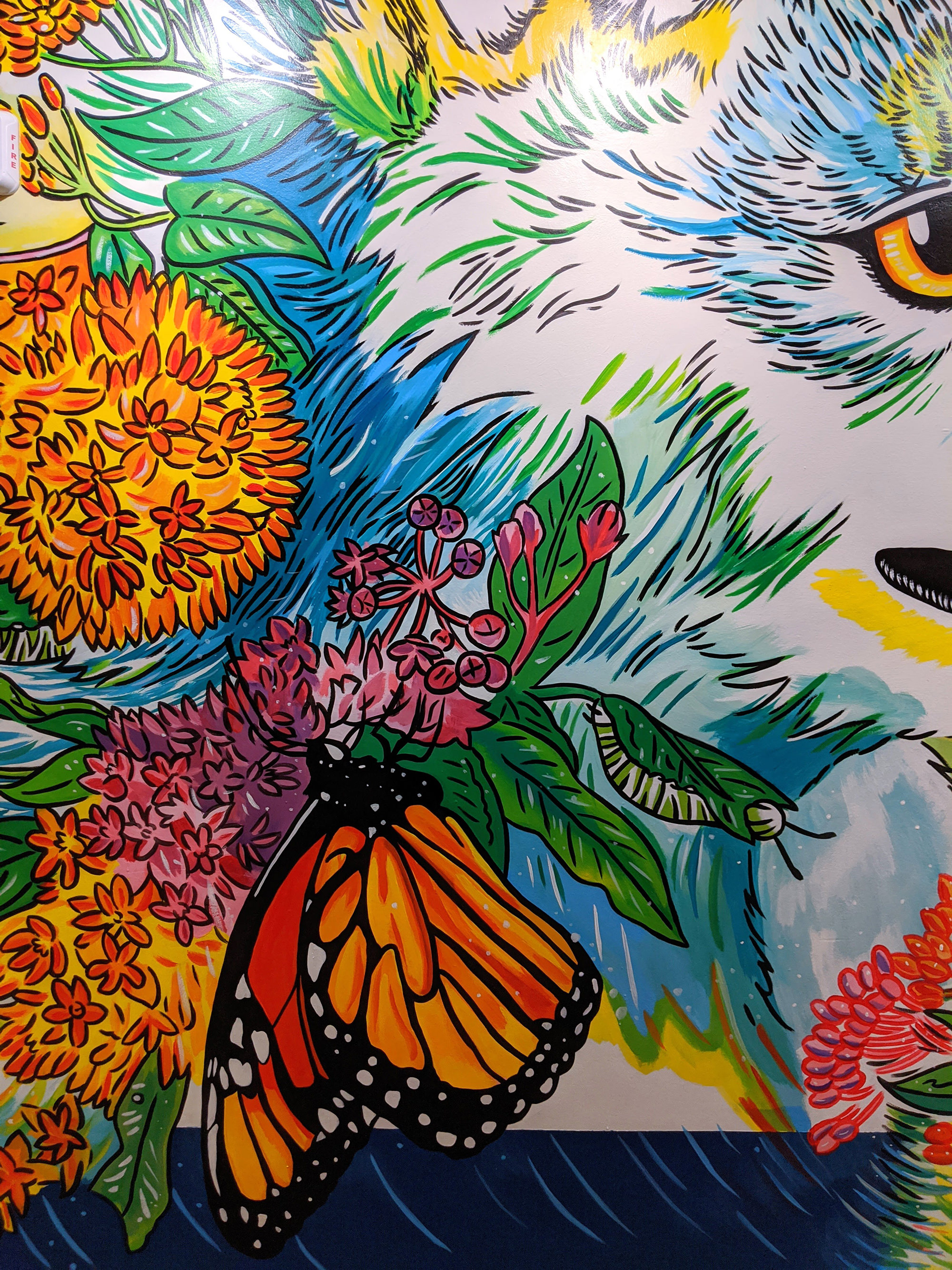 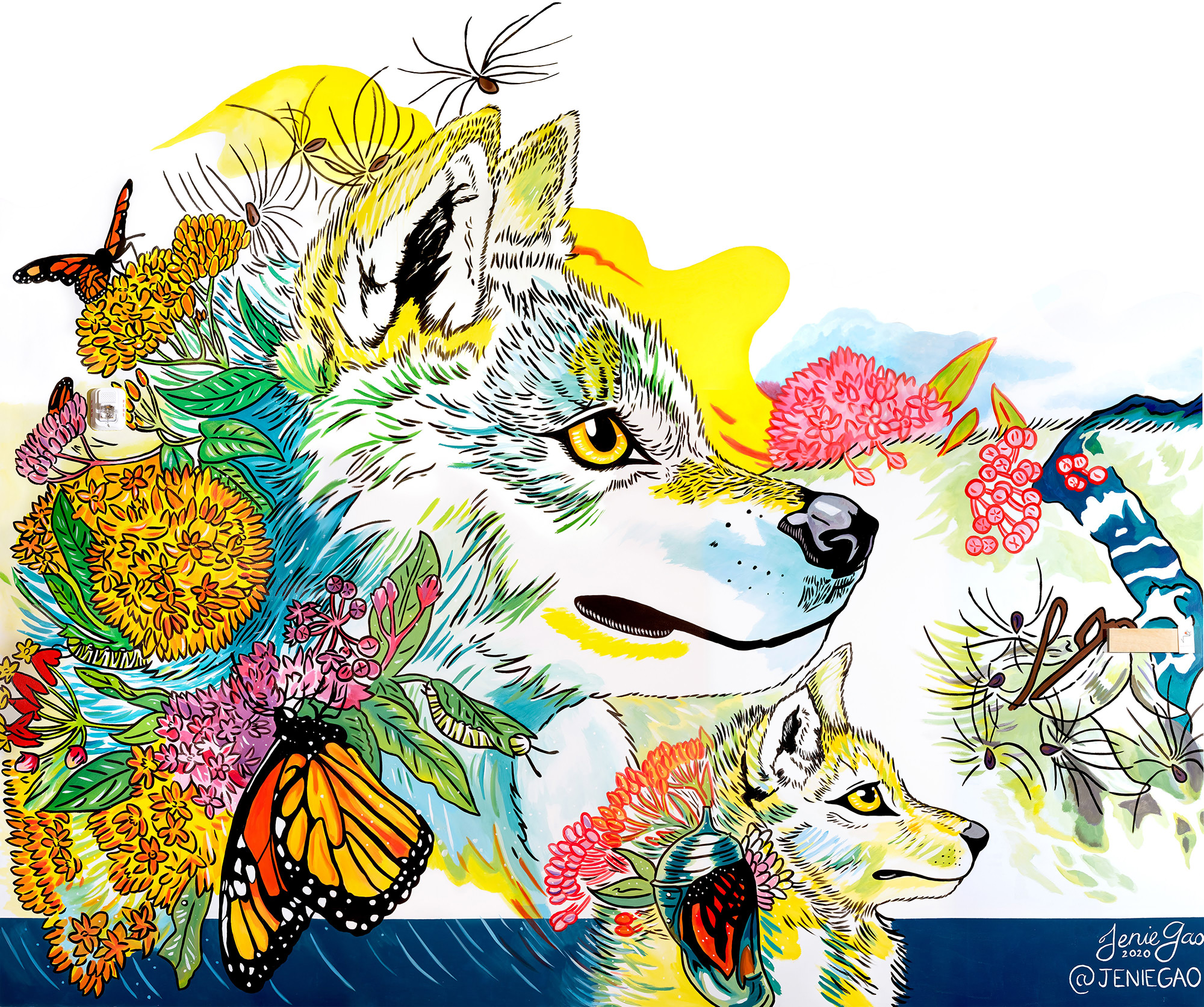 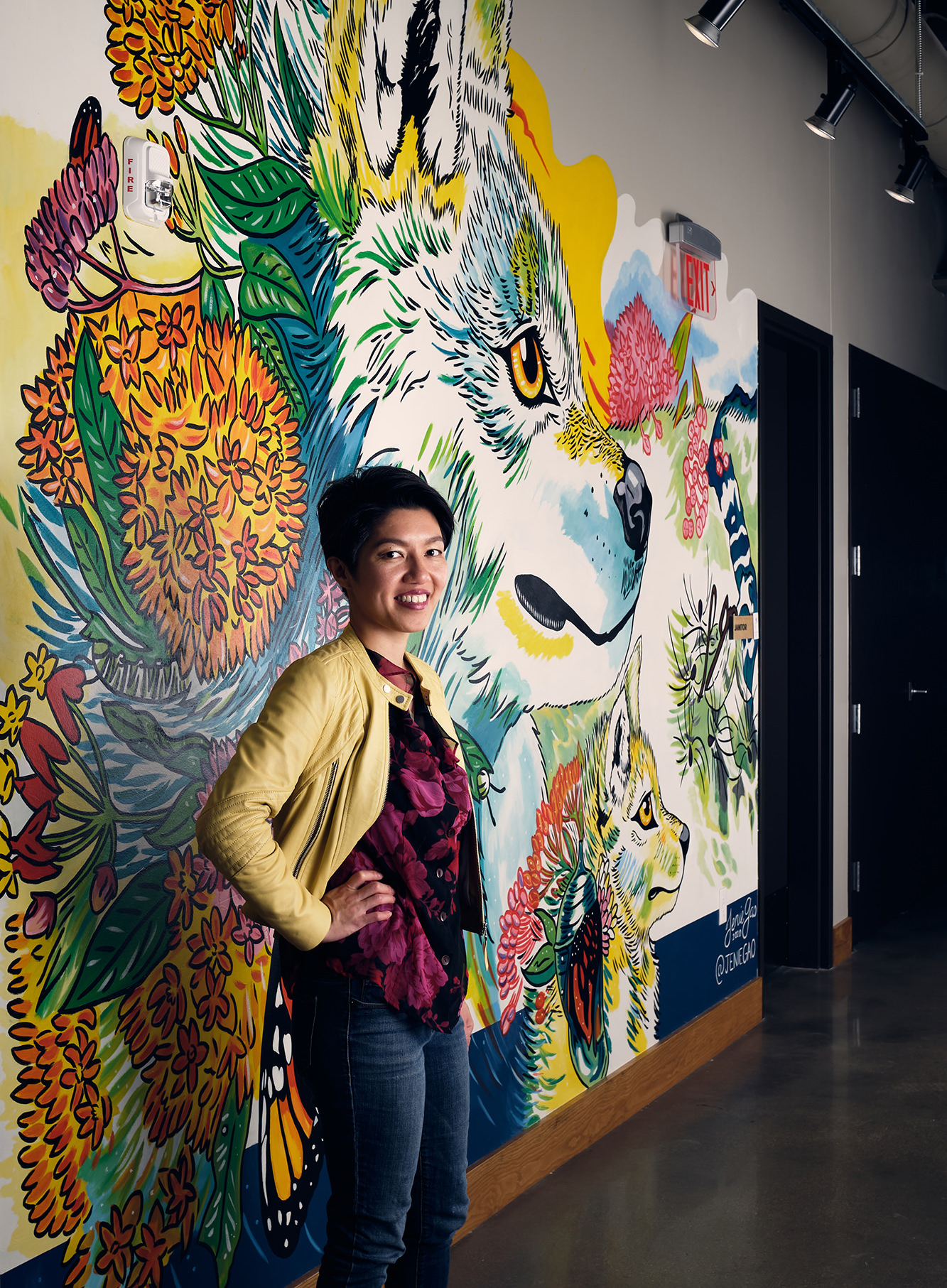