Her Flag is the brainchild of artist and founder Marilyn Artus. 2020 marks the 100th anniversary of the ratification of the 19th amendment to the US Constitution. Wisconsin was the first state to ratify the amendment into law, and artist Jenie Gao represented Wisconsin in this milestone for women's suffrage.

Click to read more about the Wisconsin stripe for Her Flag

The stripe for Wisconsin represents the historic milestones of women’s suffrage and the role of education in overcoming the status quo.

Education has always been a key driver in women’s empowerment and leadership. In 1869, Wisconsin women won the right to run and vote for school board in a landslide. But because many suffragettes were involved in the temperance movement, Wisconsin’s brewing industry saw women’s empowerment as a threat. The industry lobbied against women’s suffrage, and in 1915 Wisconsin overturned the 1869 law and revoked women’s power on the school board, which they had already held for 46 years. Despite this loss, just four years later, Wisconsin became the first state to ratify the 19th Amendment in 1919.

The successes and setbacks for women's suffrage imply something profound. Women had the greatest impact through their voice in education. Their power was the most feared in the face of the status quo.

As of April 2019, Madison, Wisconsin has officially sworn in its first All-Women School Board. I am honored to create a symbol that embodies the legacy of women’s leadership in education. Industry and the status quo thwarted women. Education has always moved women forward. 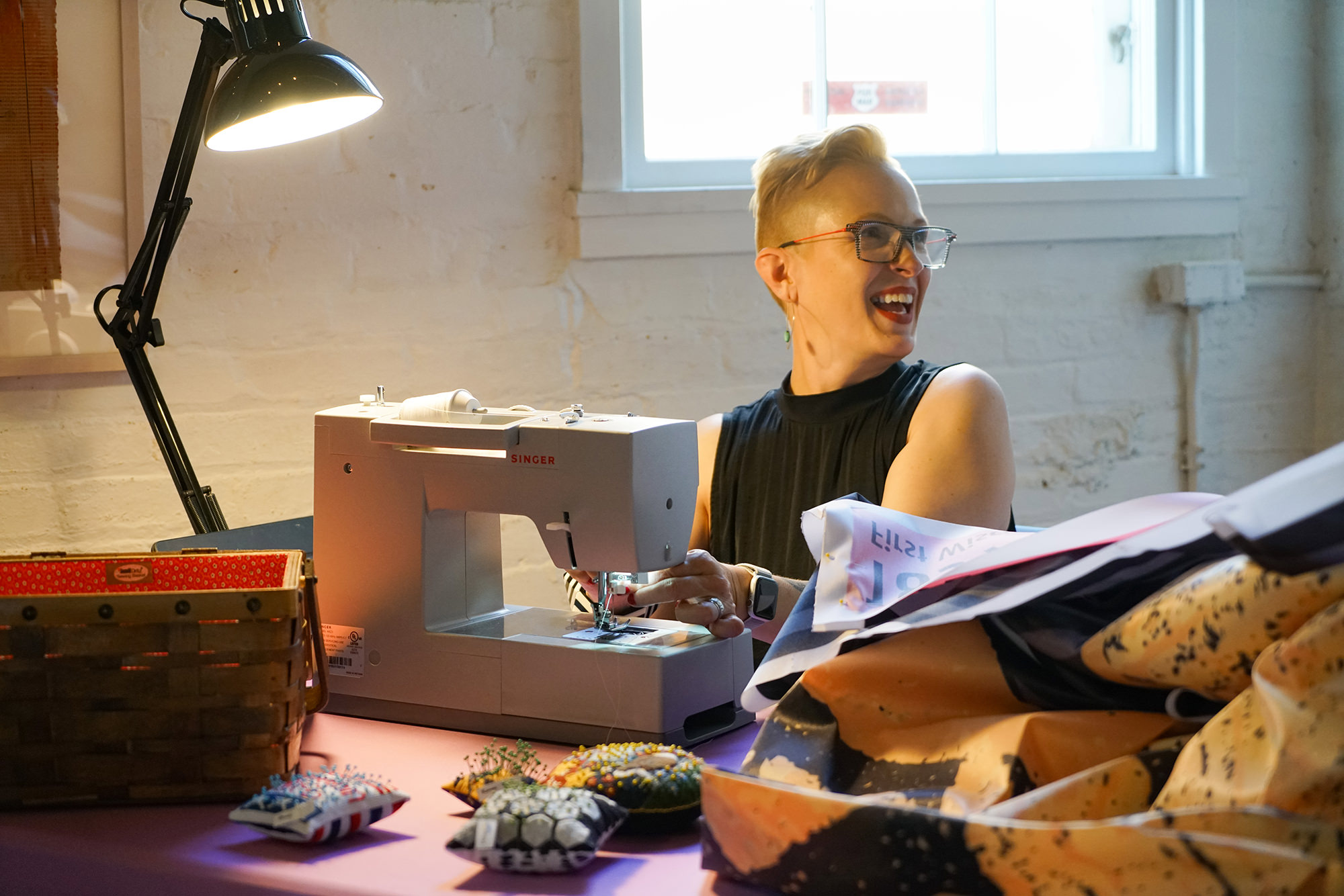 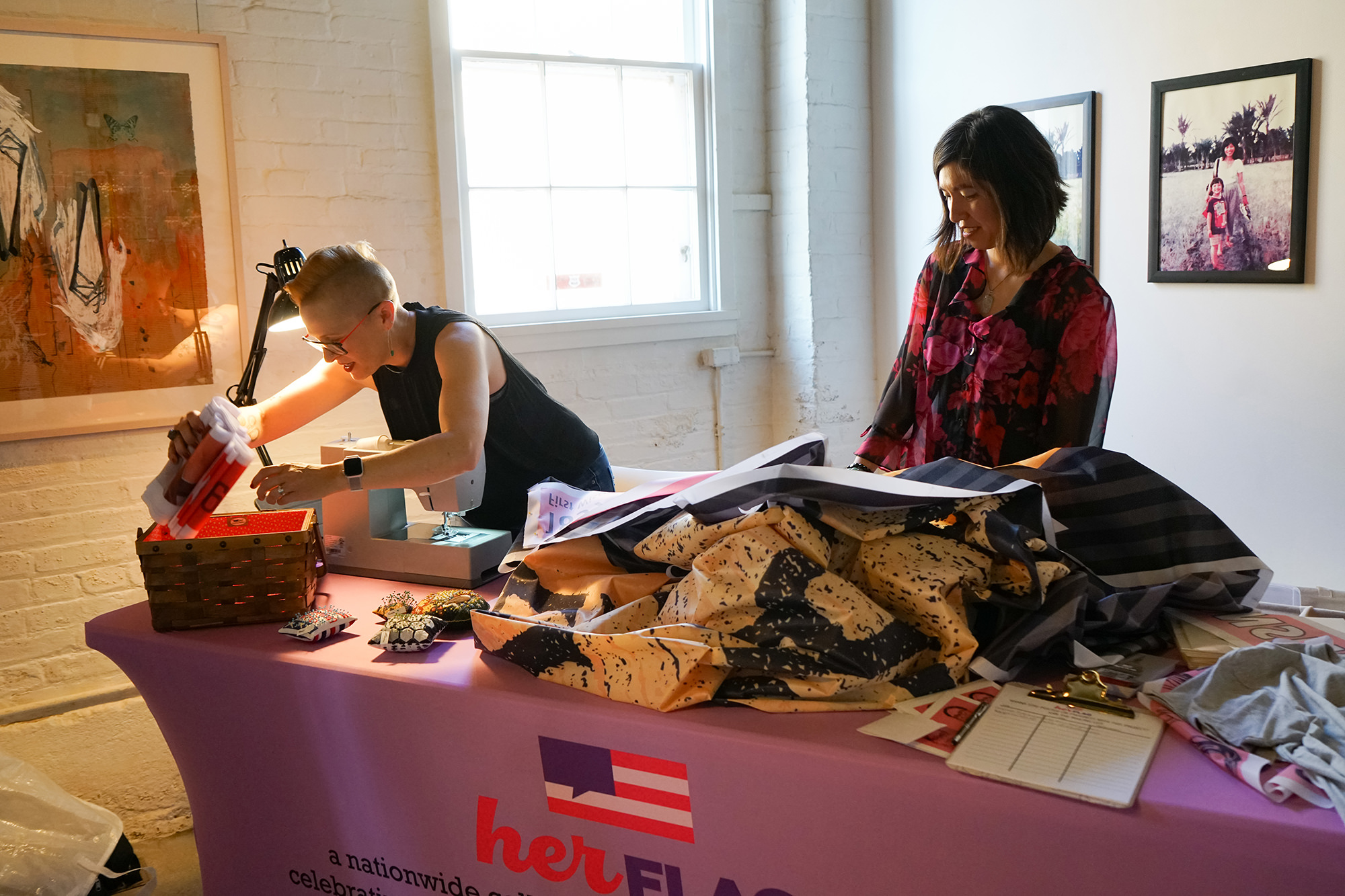 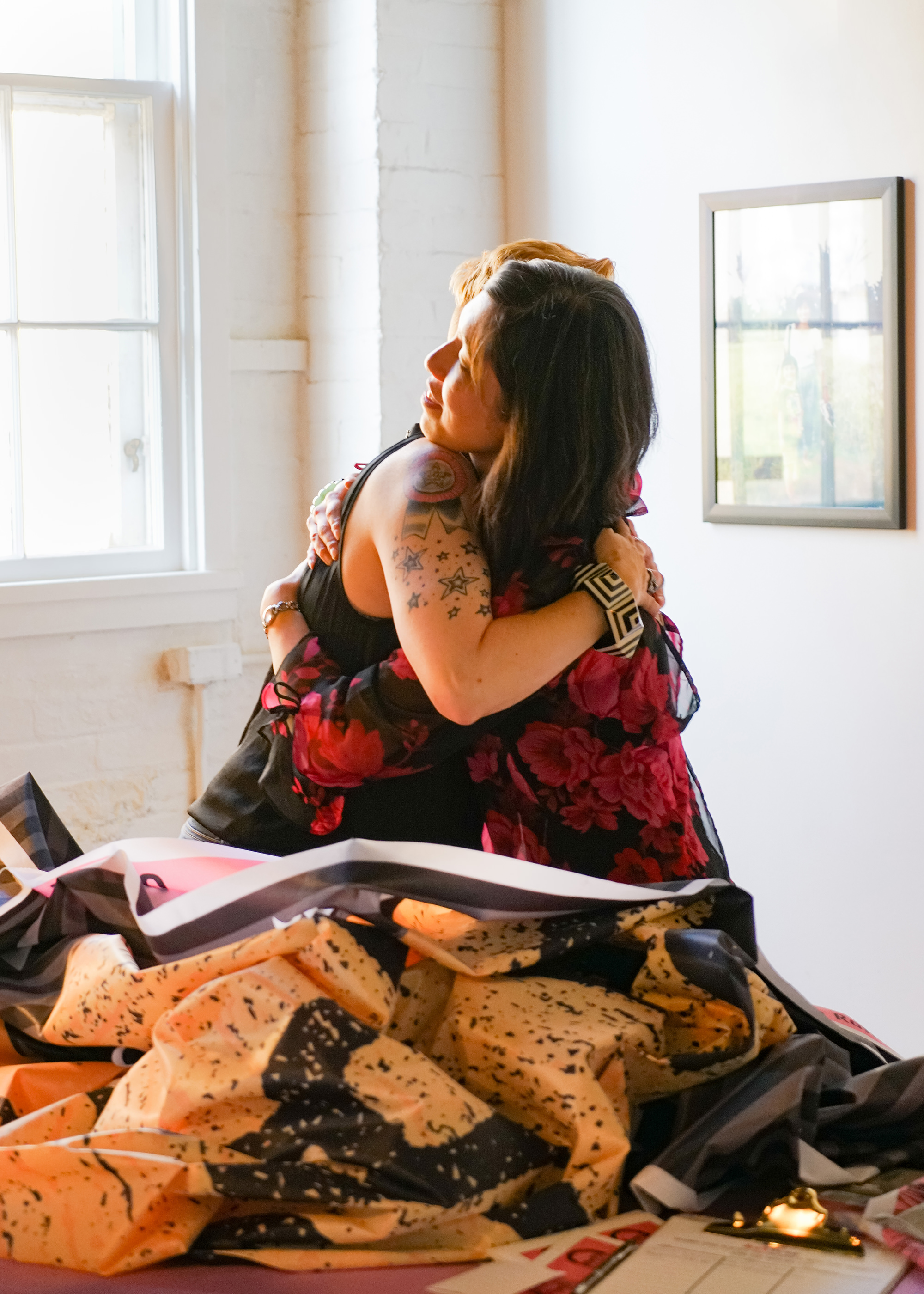 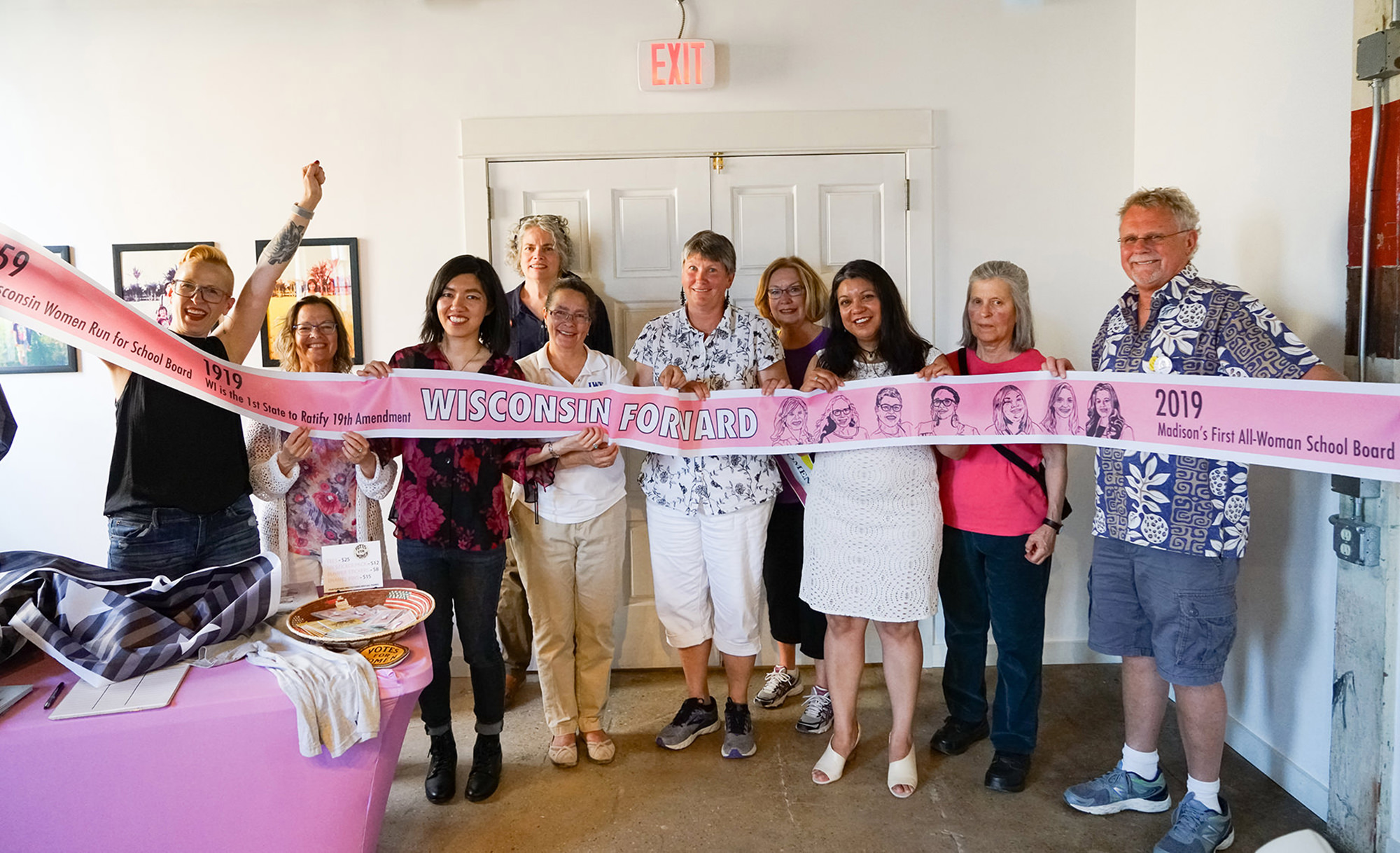 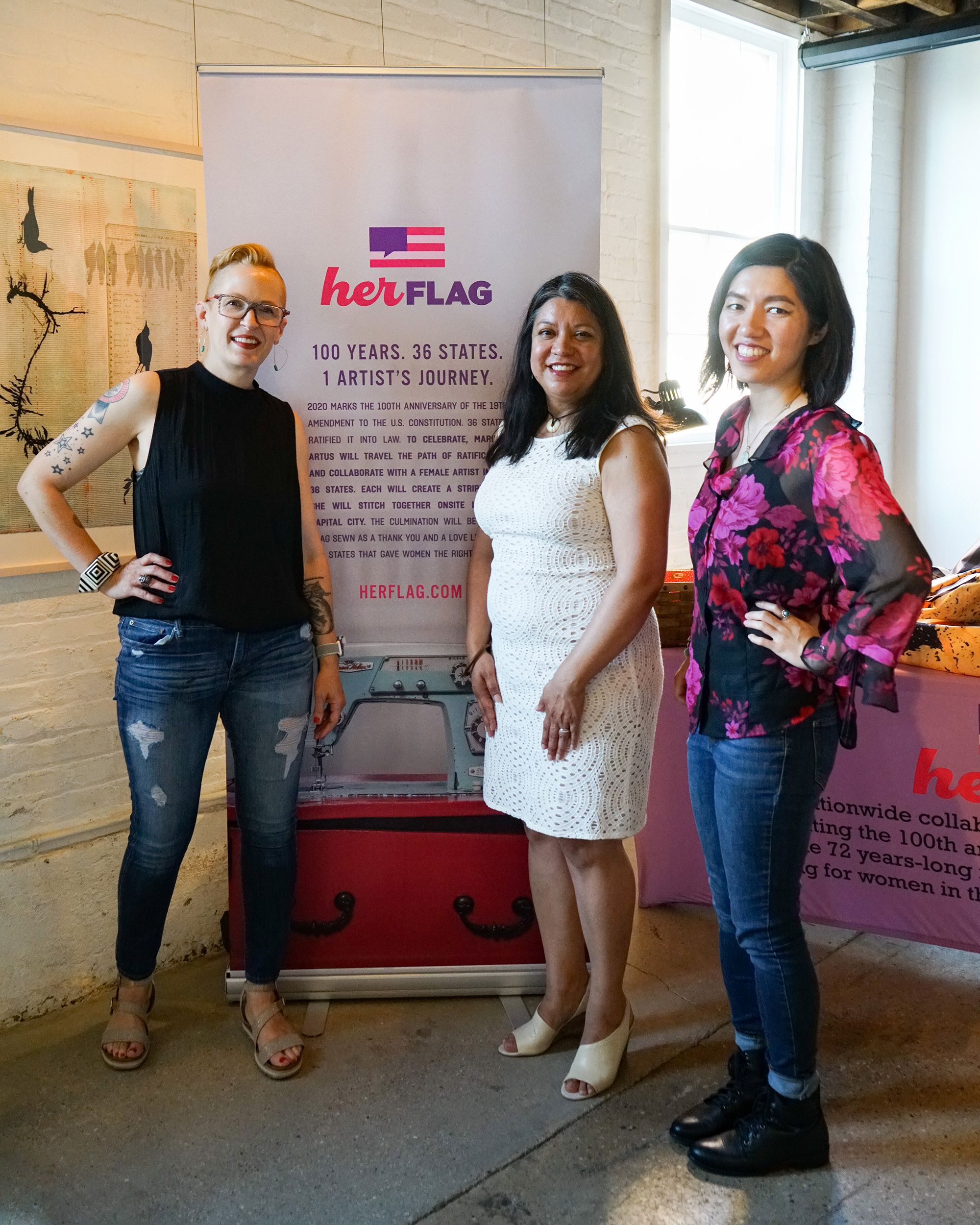 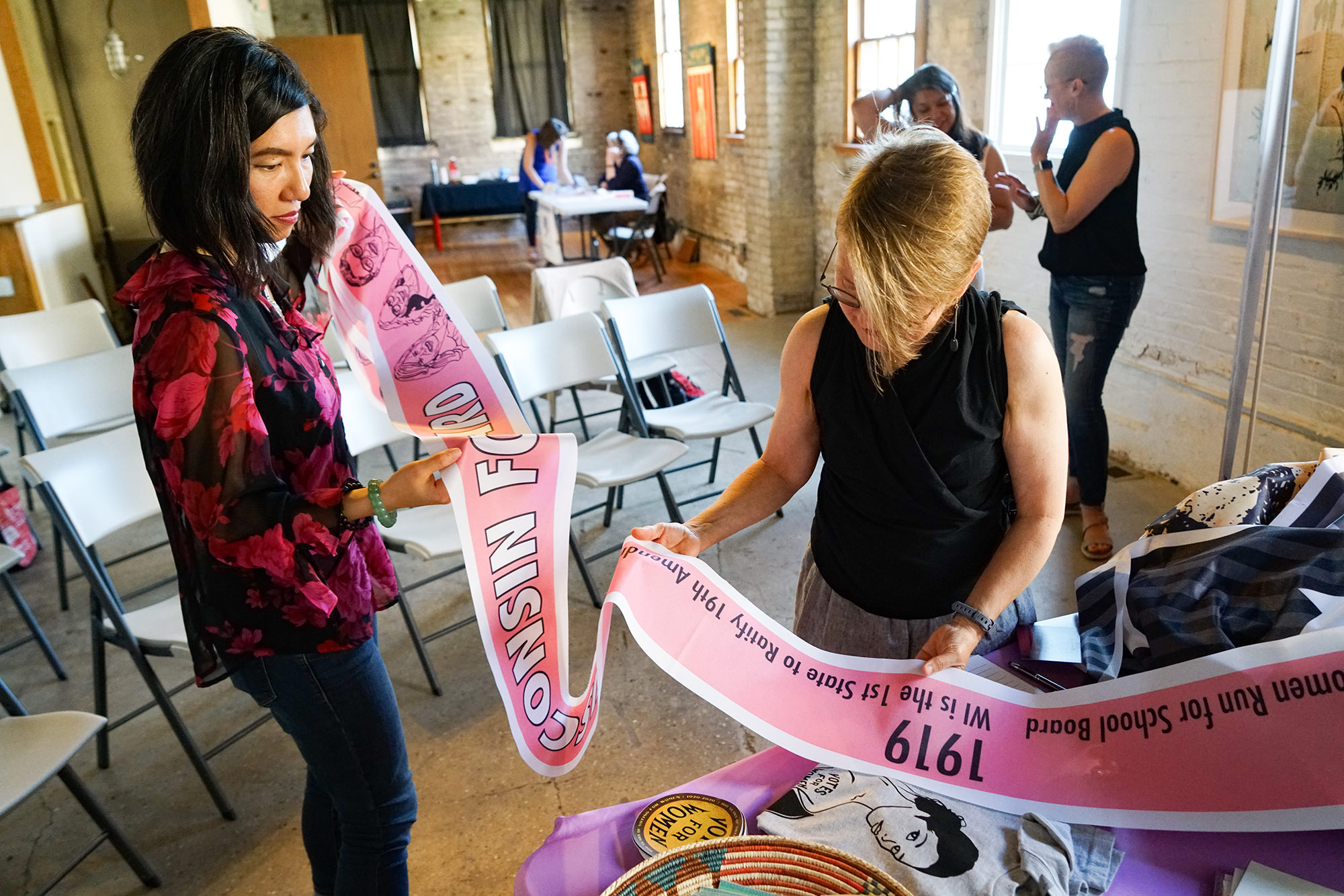 Wisconsin stripe for Her Flag 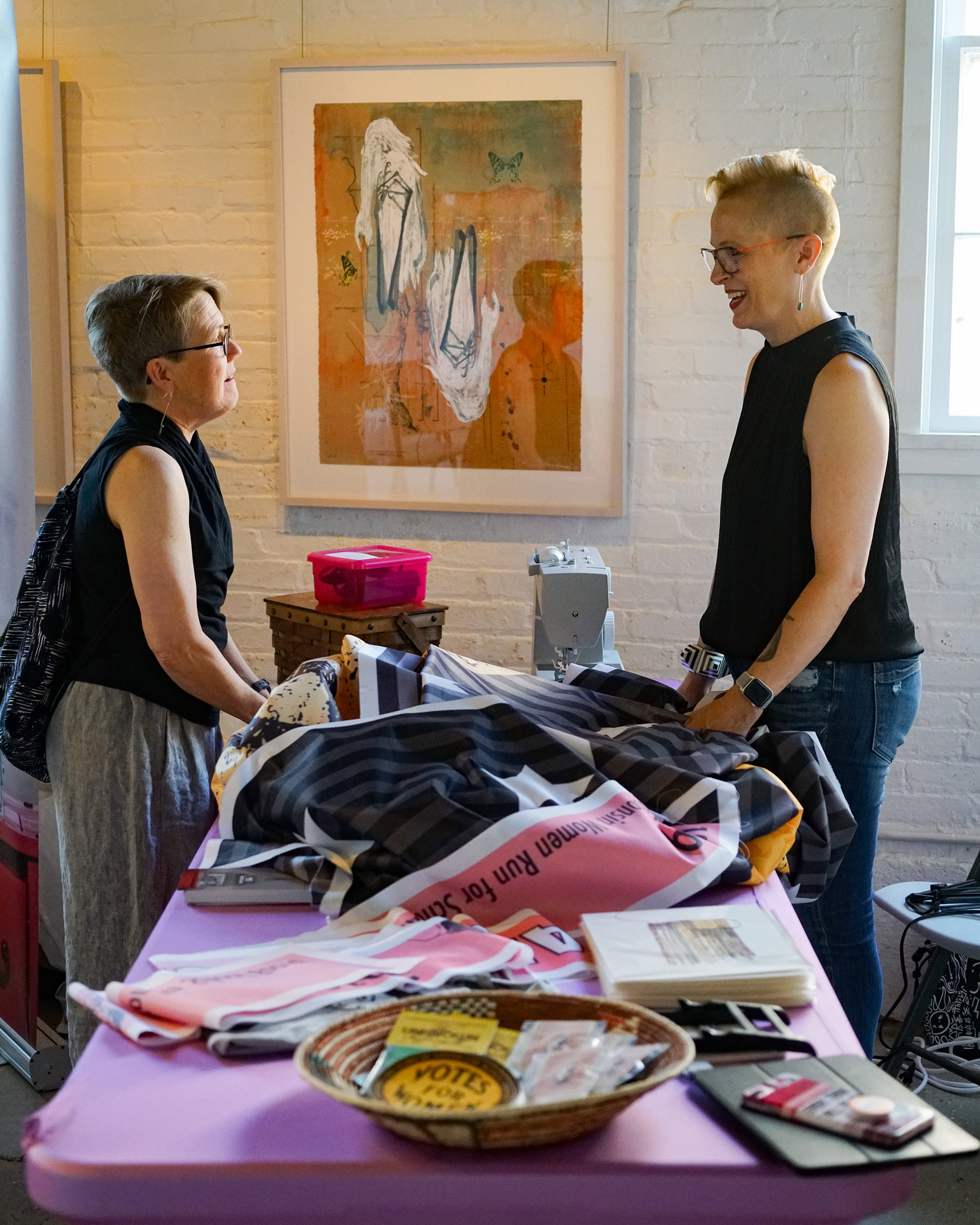 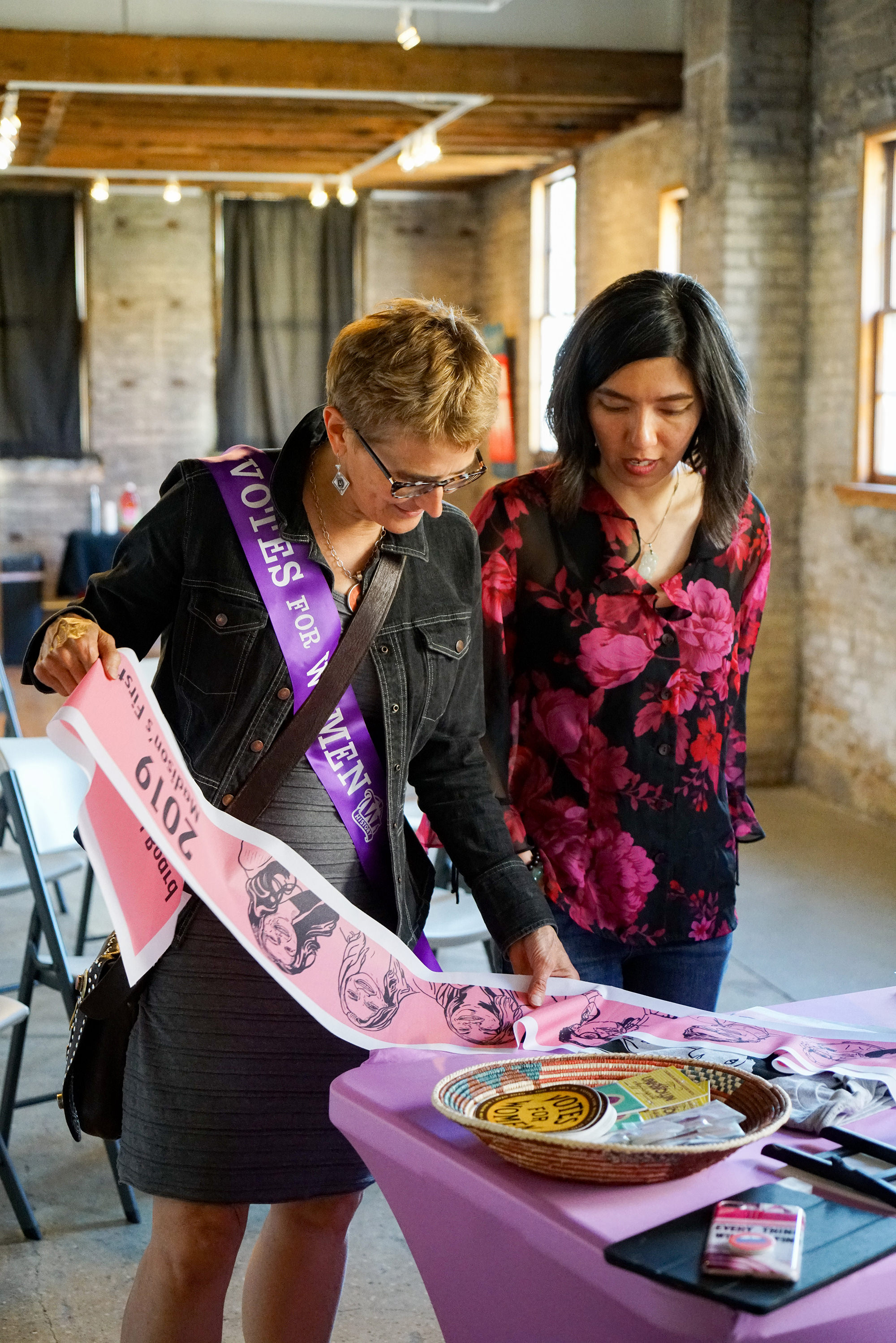