The Feminist Allegories seek to flip our understanding on well-known, but ill-told myths about women and serpents, and how they shape our perception of women.

The tree-headed woman, who has appeared for years in my work, acts here as a conduit to reinterpret these tales.

Many of us are familiar with the story of Eve falling to the temptation of Satan disguised as the serpent, taking a bite of the forbidden apple, resulting in both Eve and Adam’s exile from the Garden of Eden. We know that Eve has carried the blame for this ever since. But we often overlook the other side of this story—that the apple represented knowledge—so Eve was punished in pursuit of knowledge. Thousands of years later, we see this pattern continue around the world—such as when a Taliban member shot Malala Yousafzai in the head for demanding education for girls—or the ongoing debate in the US about women’s autonomy and capabilities.

Many of us are familiar with the story of Medusa, a monster who turned men to stone with her stare, until the day Perseus rightfully beheaded her. But few of us know that Medusa was once a beautiful, young woman. Poseidon desired her, but she rejected his advances and ran to Athena’s temple to seek sanctuary. Poseidon pursued her into the temple and raped her. Athena, enraged by the desecration of her temple, punished Medusa by turning her into the serpent-haired Gorgon. The origin story of Medusa is quite literally a #MeToo moment, in which the singular woman in power (Athena) abused her position to hold another woman down.

Then there is the story of Longmu, a young woman living in an impoverished village who went to the river every day to wash her family’s laundry. One day, she found an egg, and when she brought it home it hatched into five serpents. Against her family’s wishes, Longmu raised the snakes like children. The snakes grew up to be dragons, fiercely loyal to their mother. They summoned rain to end the drought that was impoverishing Longmu’s village.

The question I sought to answer with this work was this: What does liberation look like for each of these mythological women? For Eve, liberation is the choice—she didn’t get kicked out. She walked out, and she took knowledge with her.

For Medusa, liberation is the right to look you in the eye and have justice, which means holding Poseidon accountable.

For Longmu, the most hopeful of the three original myths, it’s acknowledgement for ambition over traditional, motherly qualities, because it isn’t enough that her original story was hopeful. It matters more which part of the outcome we think is important. 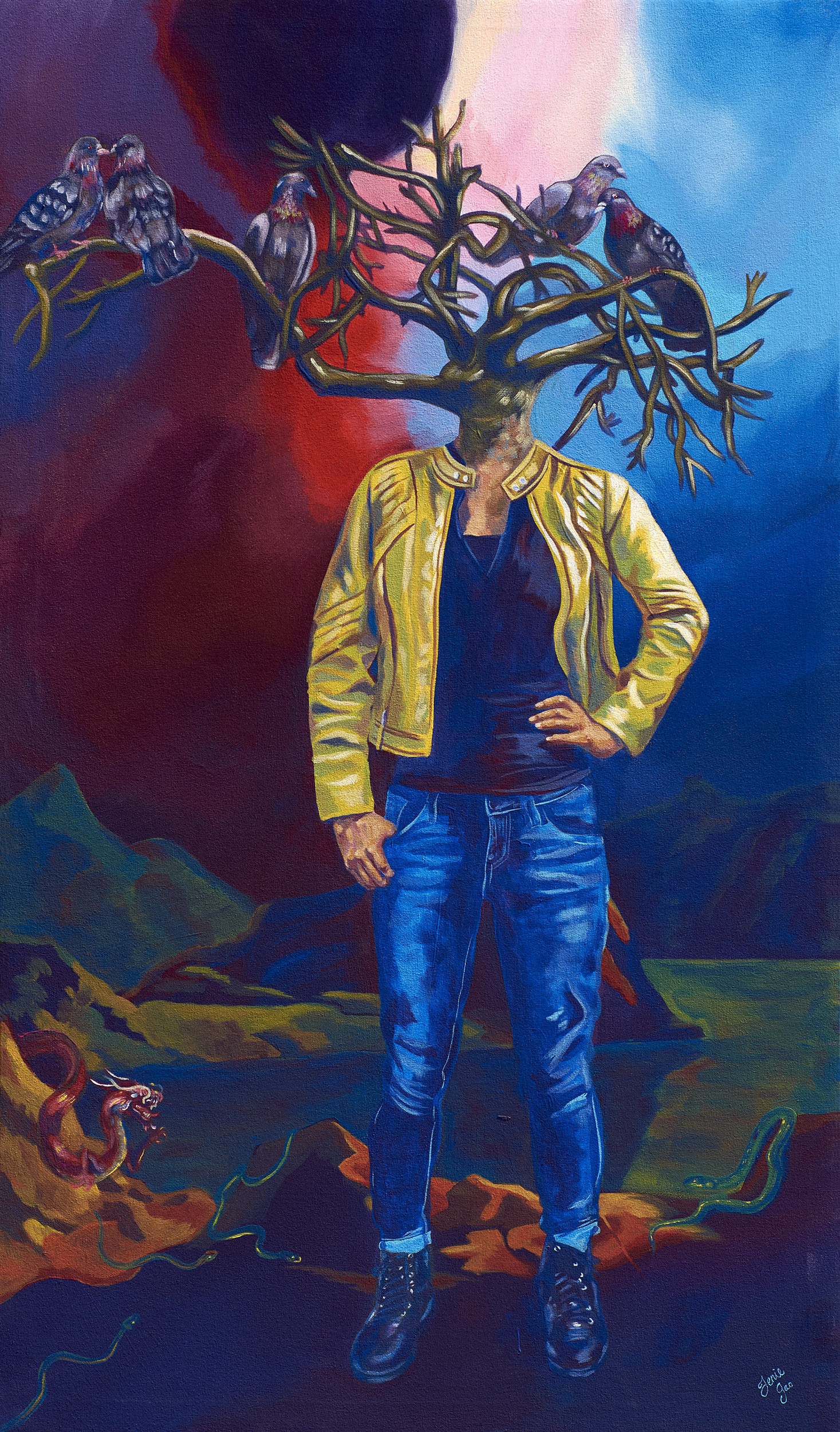 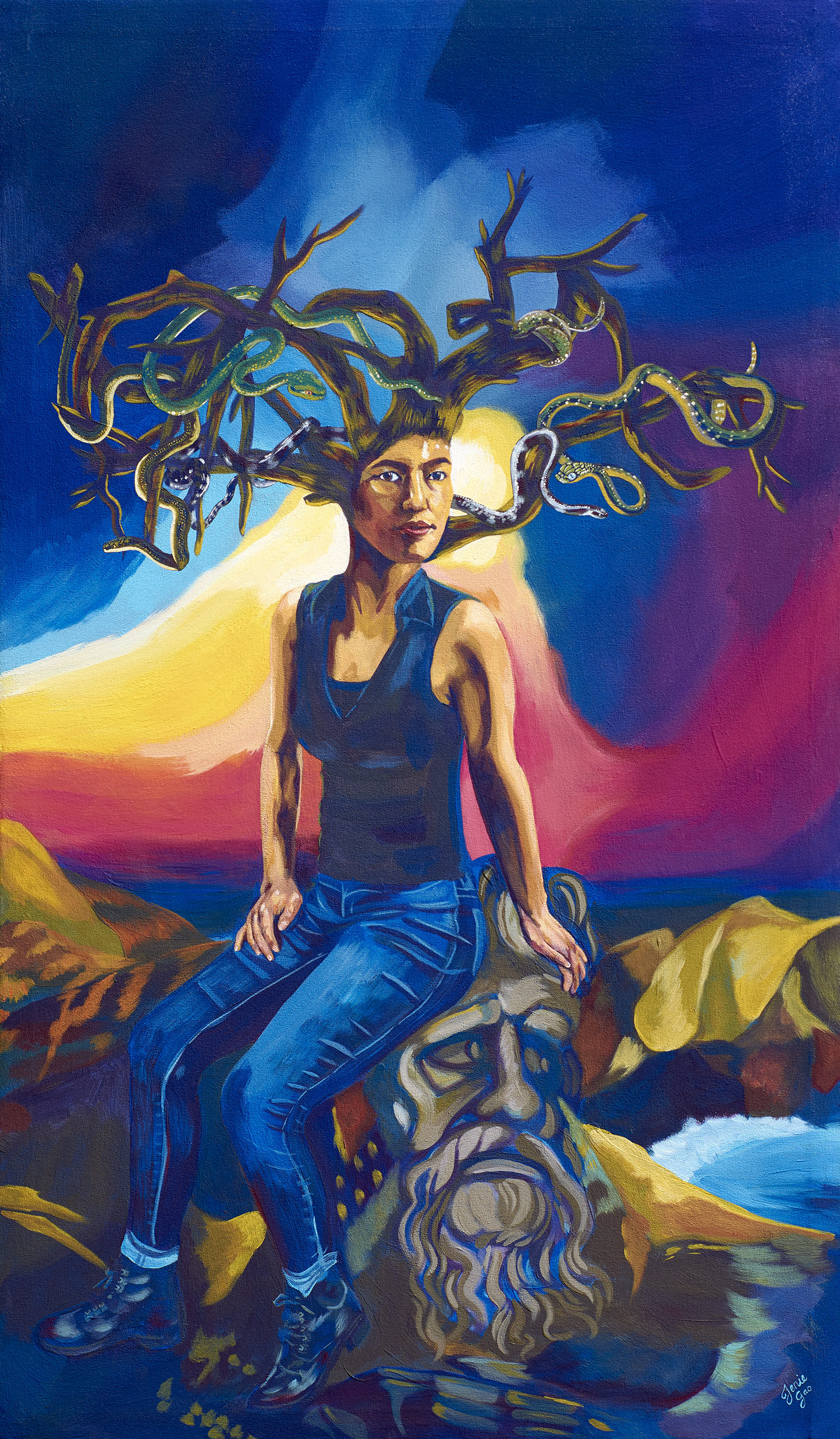 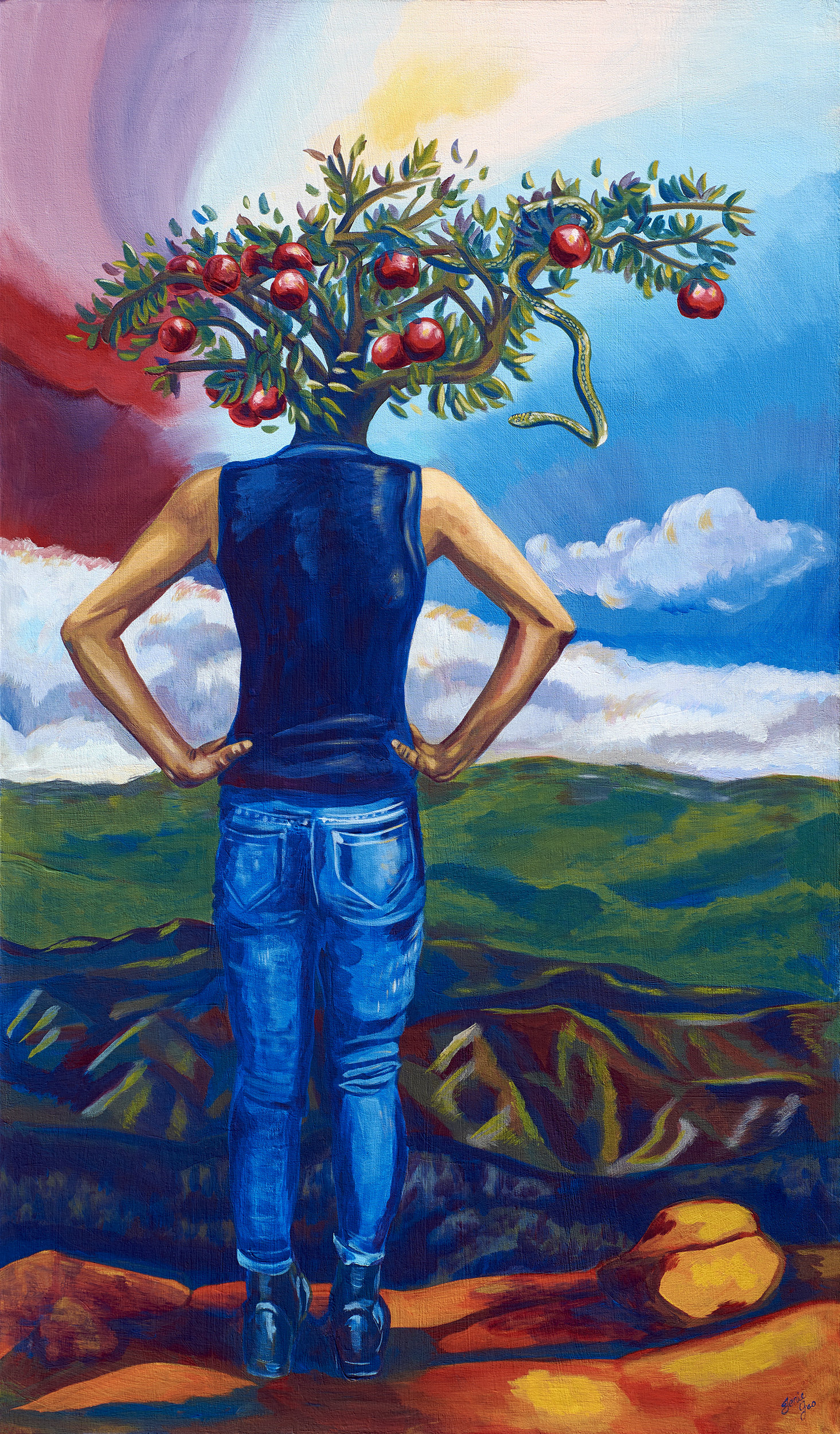 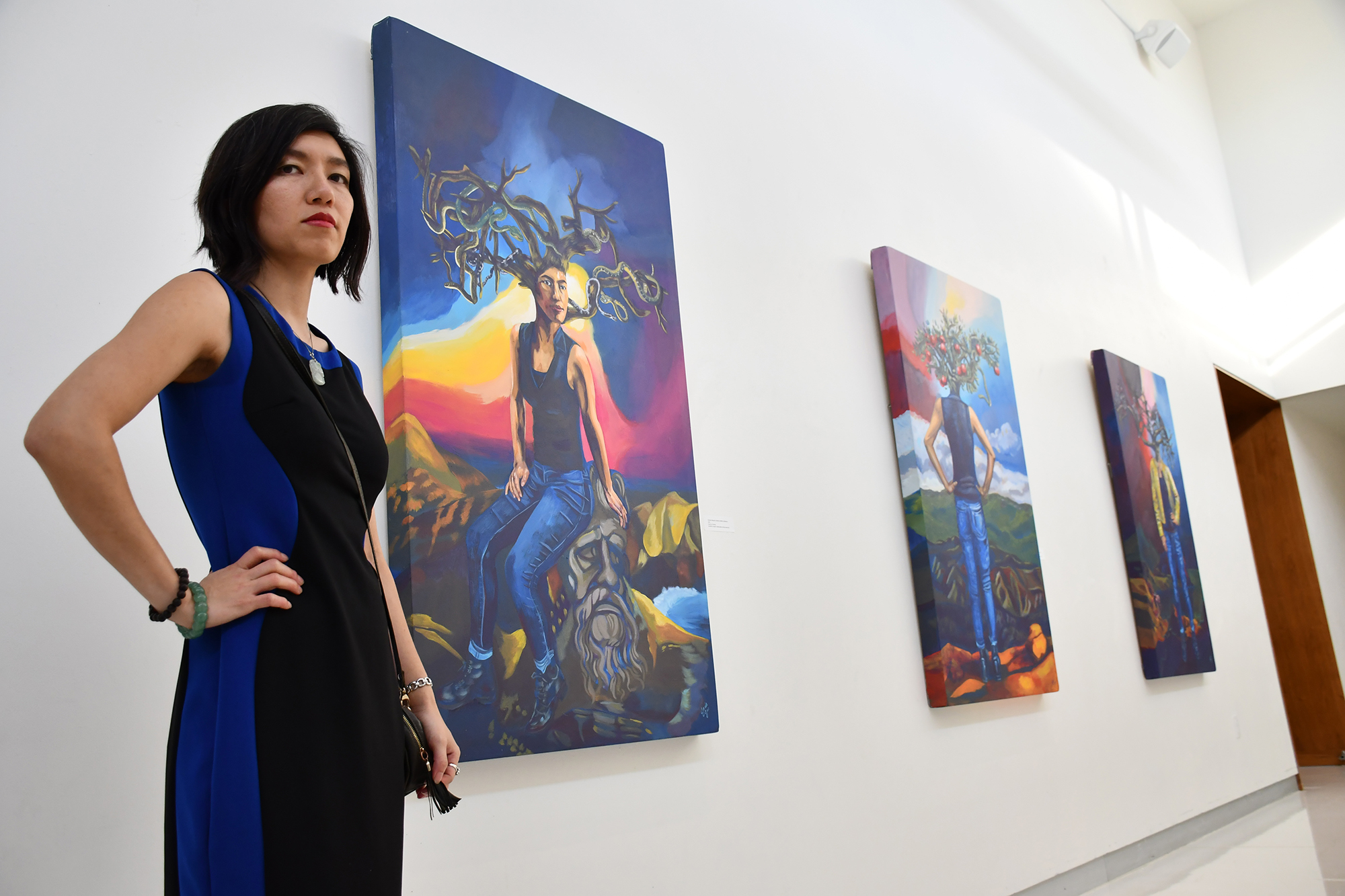 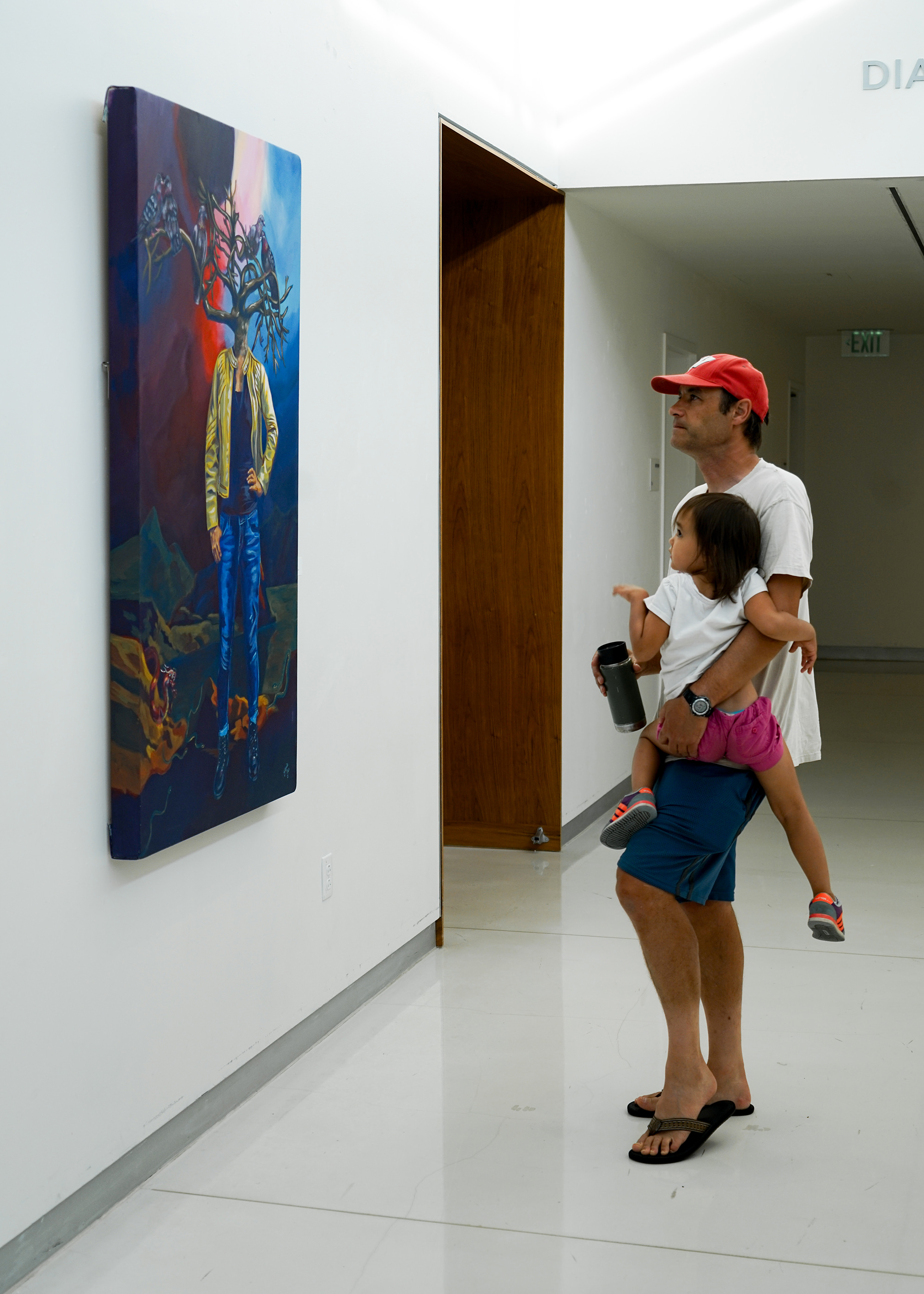 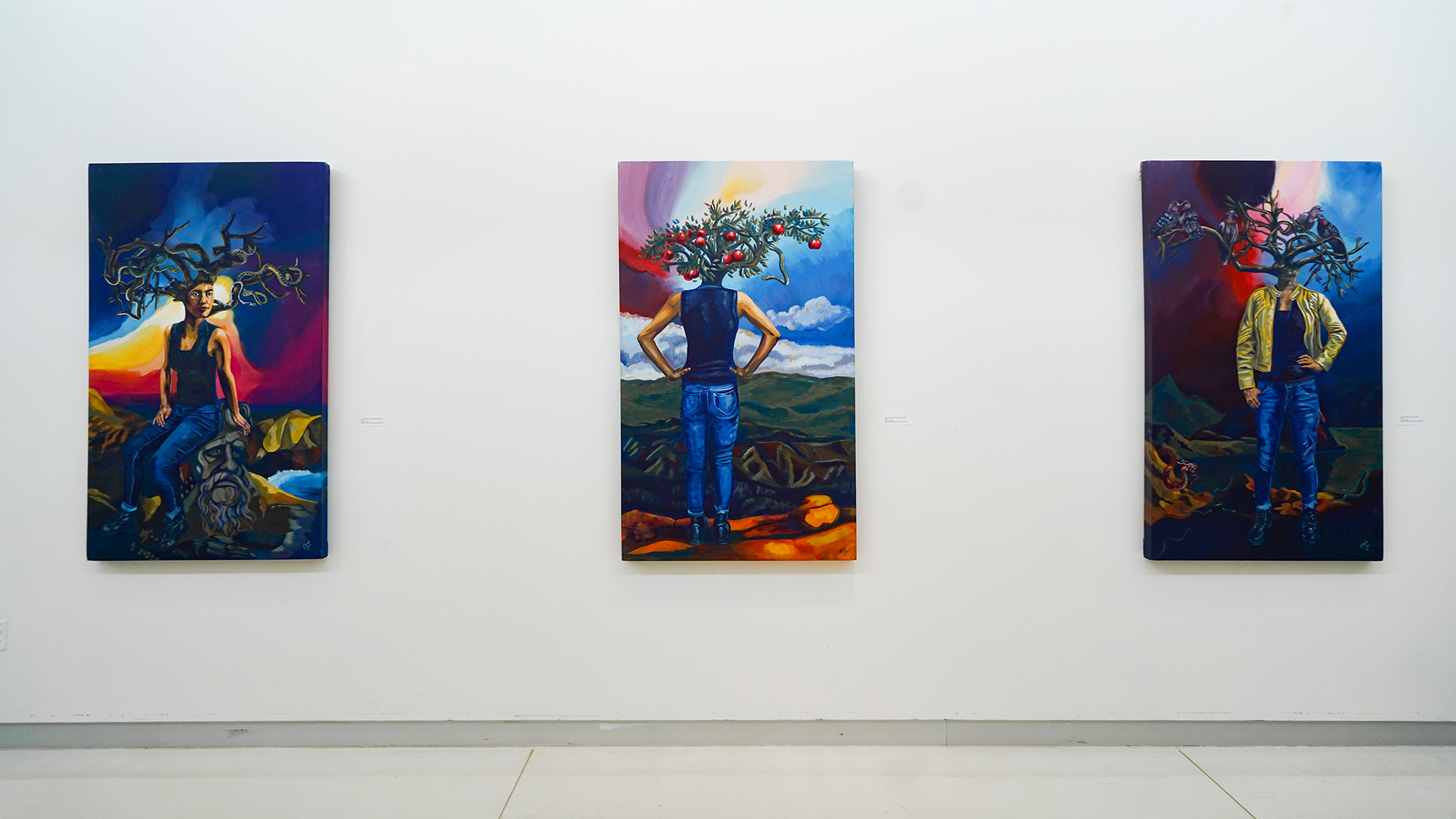