This mural tells the shared stories of migration and pilgrimage, of tradition and progress, and of activism and community citizenry.

When Pastor Sue and the church committee first reached out, they shared that they were looking for an image that embodied the idea of a “Journey to a New Beginning.” Pastor Sue was about to embark on a sabbatical for the summer, and the pilgrimage plays an important role in religion and cultural heritage. Trinity has a strong legacy and Norwegian roots, with many members who have been there for several decades. It has a rich tradition of music and emphasis on inclusion as the neighborhood and community diversify.

Trinity is a part of the ELCA, which has also taken a stand with progress and current politics, standing with the LGBTQ+ community, working actively to resettle refugees, and opening the ministry to ordain women as pastors. A big part of the ELCA is the rewrite of the scriptures to no longer refer to God as “Our Father.”

It was important for the design of this mural to embody Trinity’s mission to be welcoming, progressive, and socially active in the community. It was important for the design to incorporate the role of the choir and music at the church, a sense of the pilgrimage and of home. I conducted many interviews with the congregation over the summer, and when I asked why people chose to come to Trinity, the members repeatedly shared that it felt like coming home.

Trinity approved my final design in October. Painting will take place from November to February, with a scheduled installation for spring 2018. We are working on PolyTab mural panels and the process is designed to support community involvement each step of the way, from the interviews to the painting. 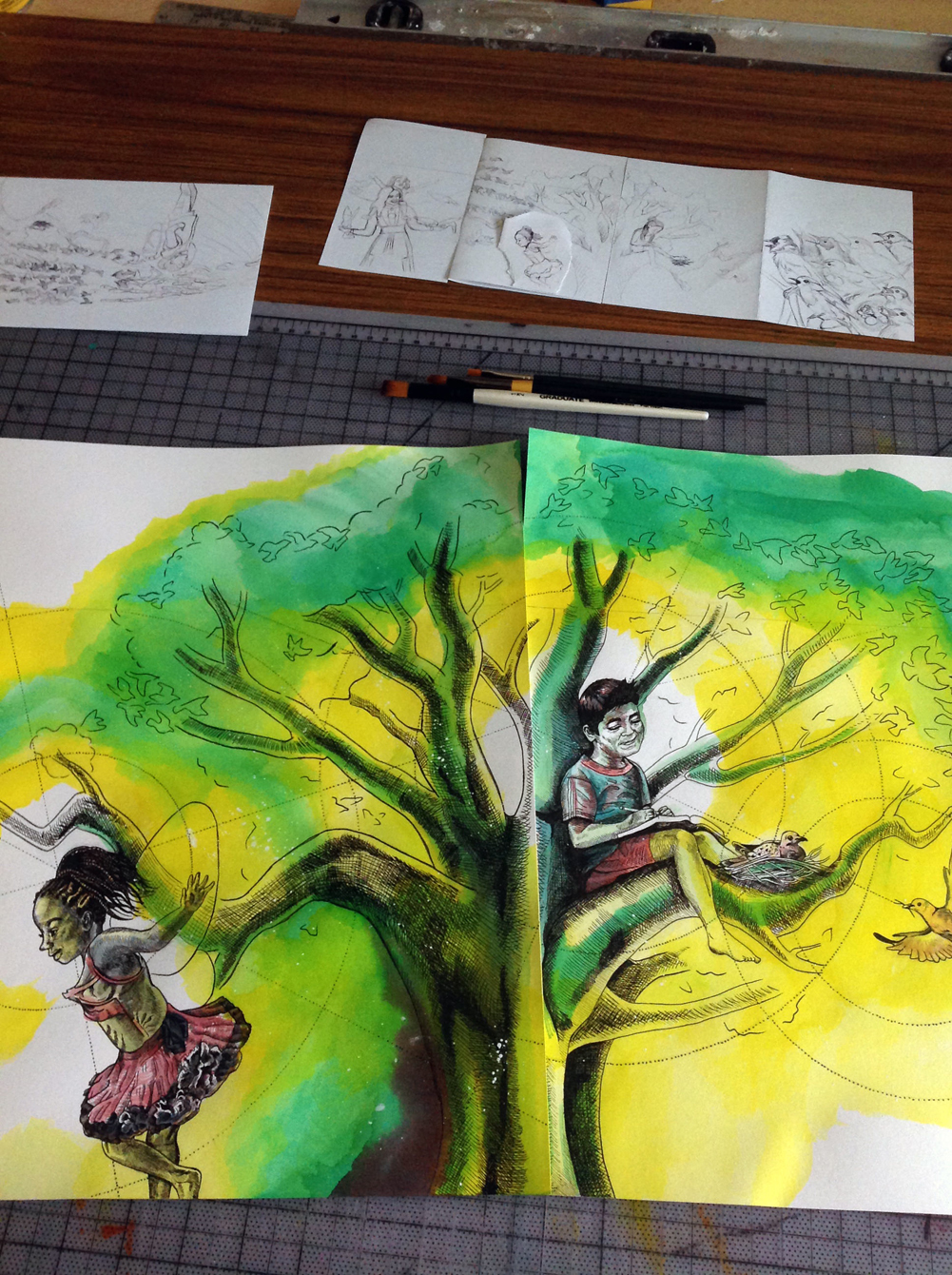 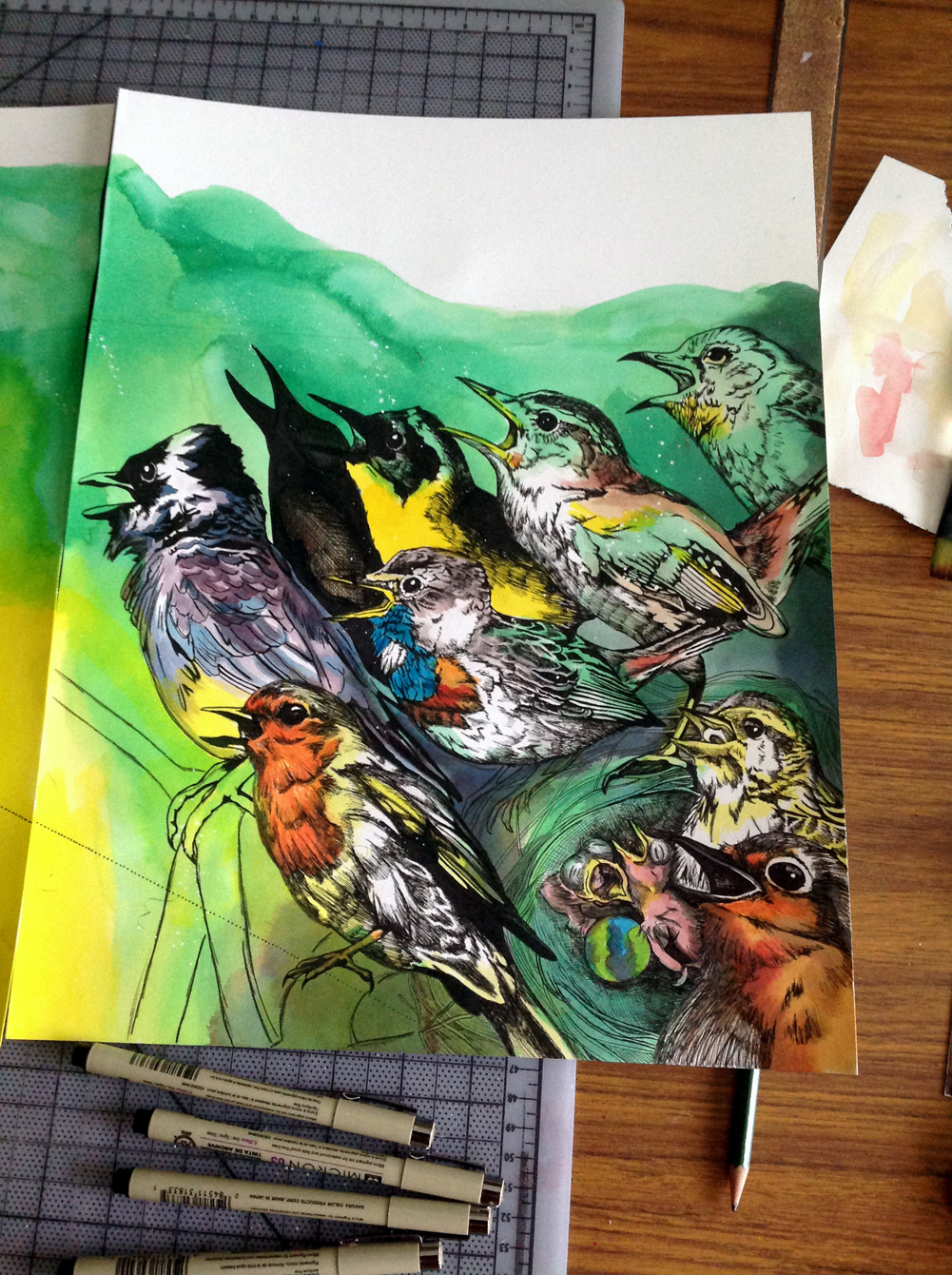 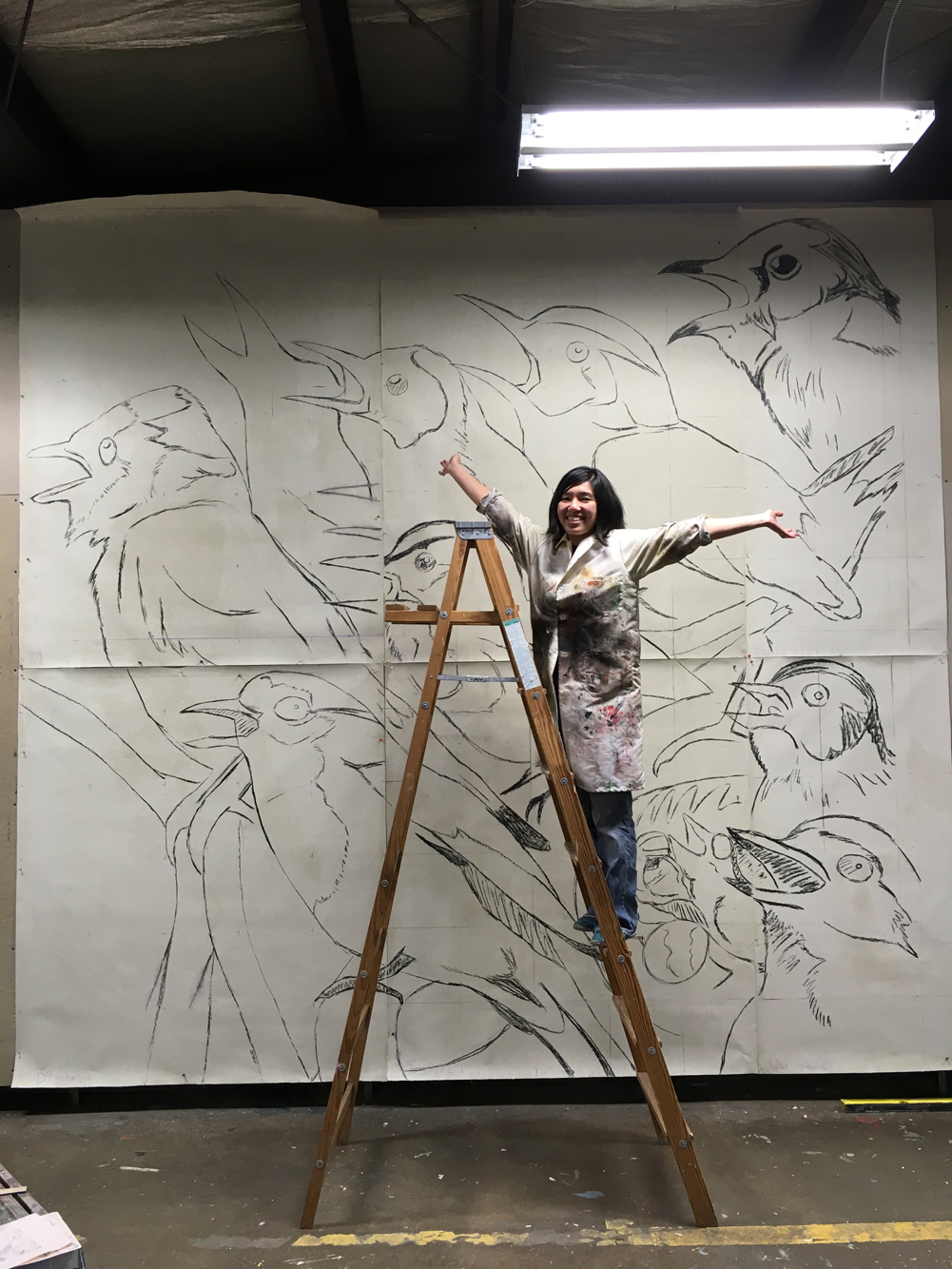 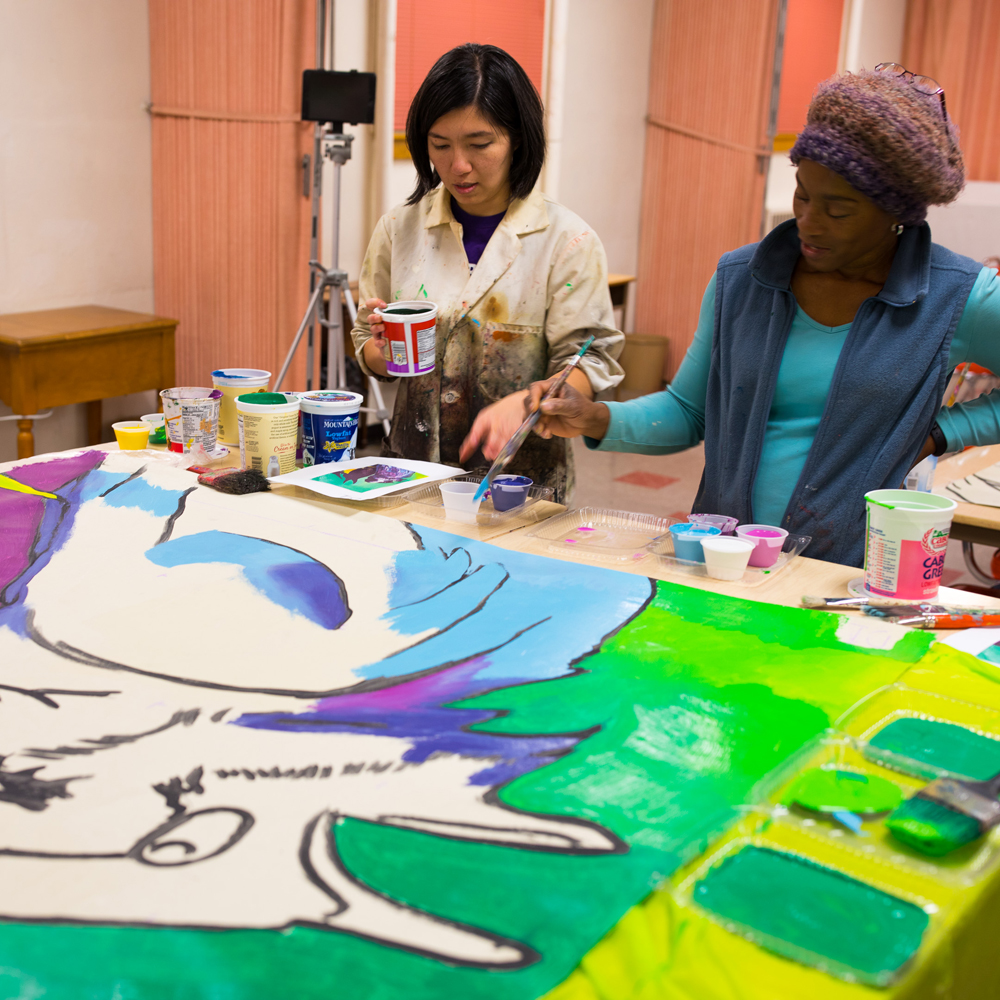 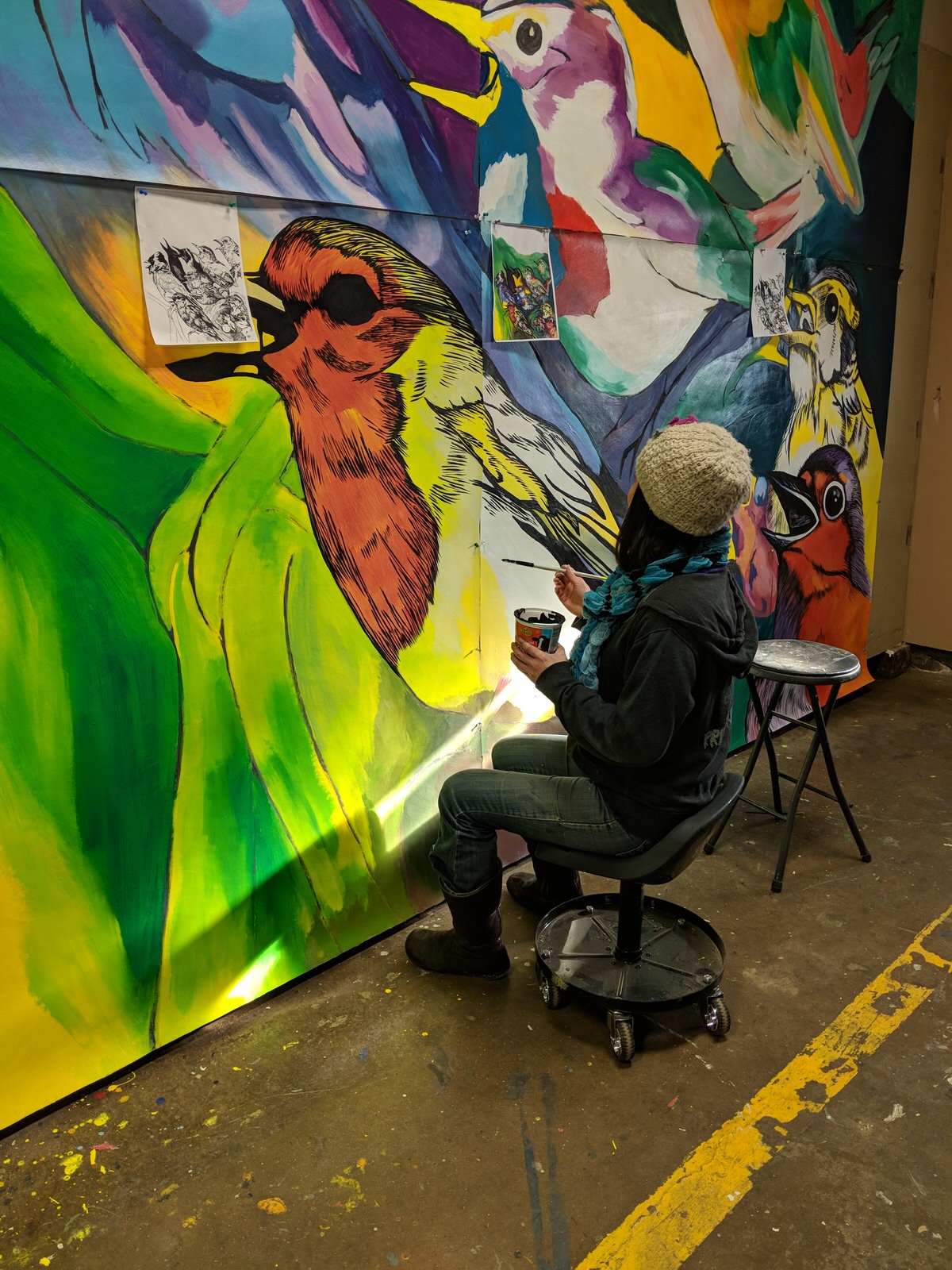 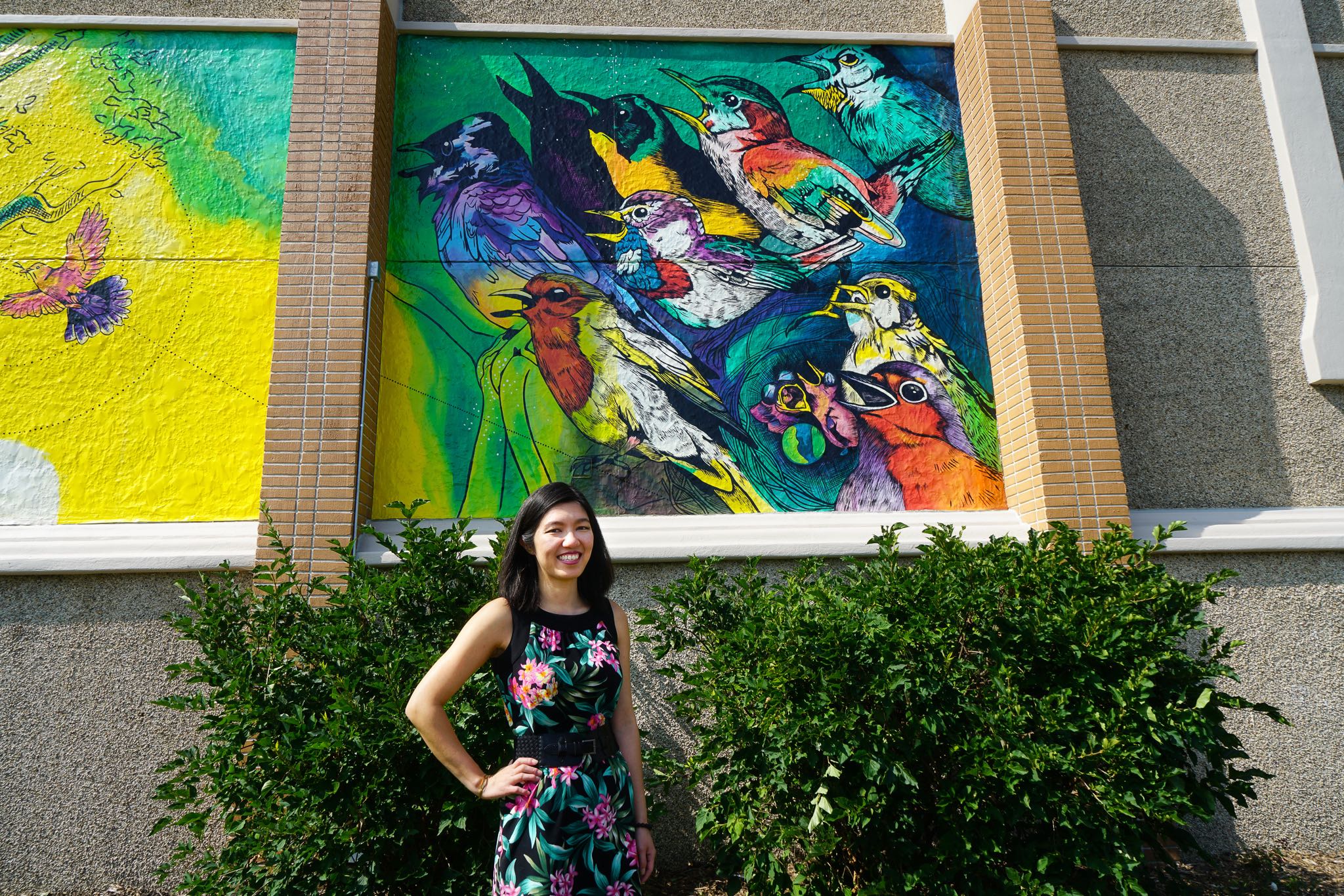 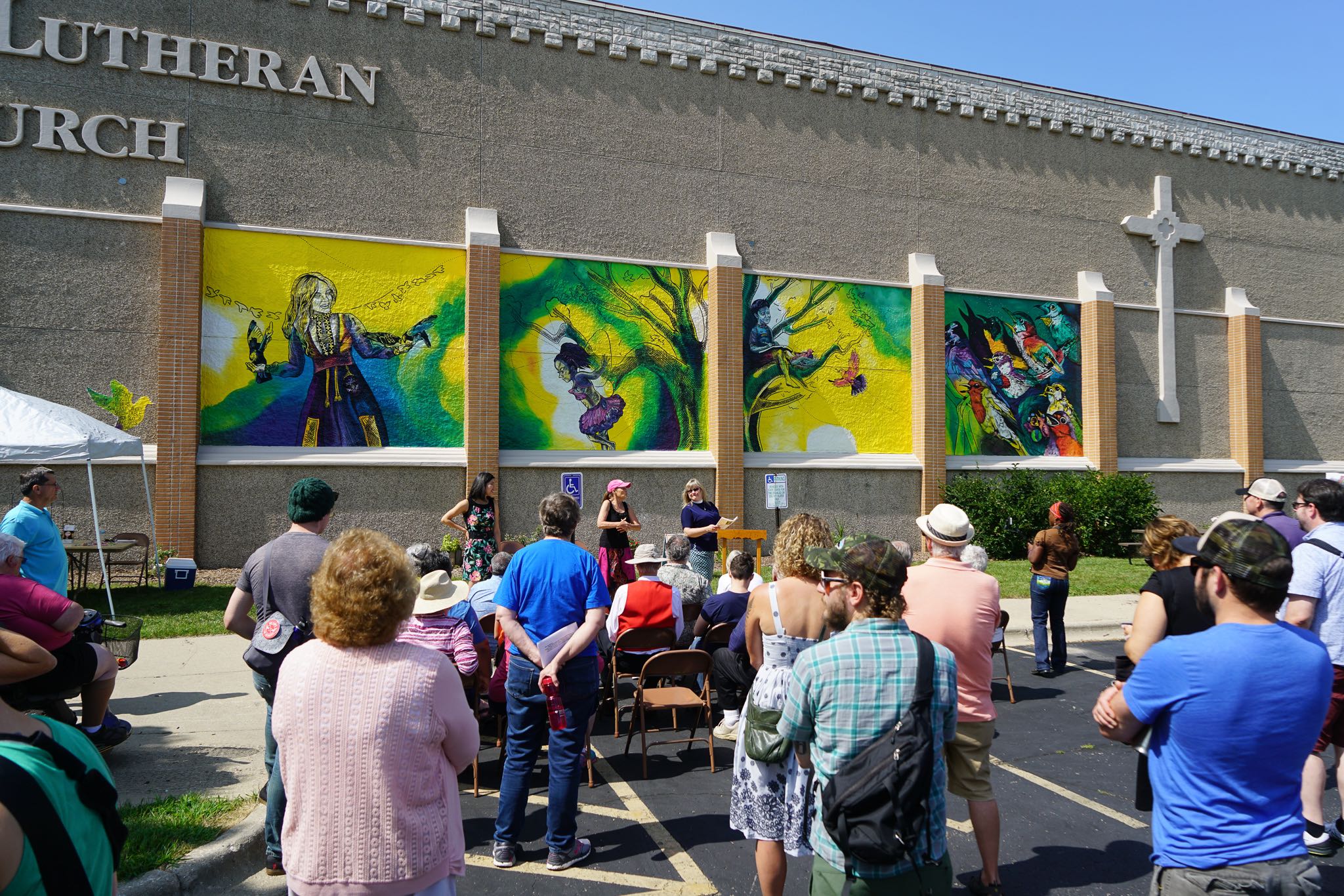 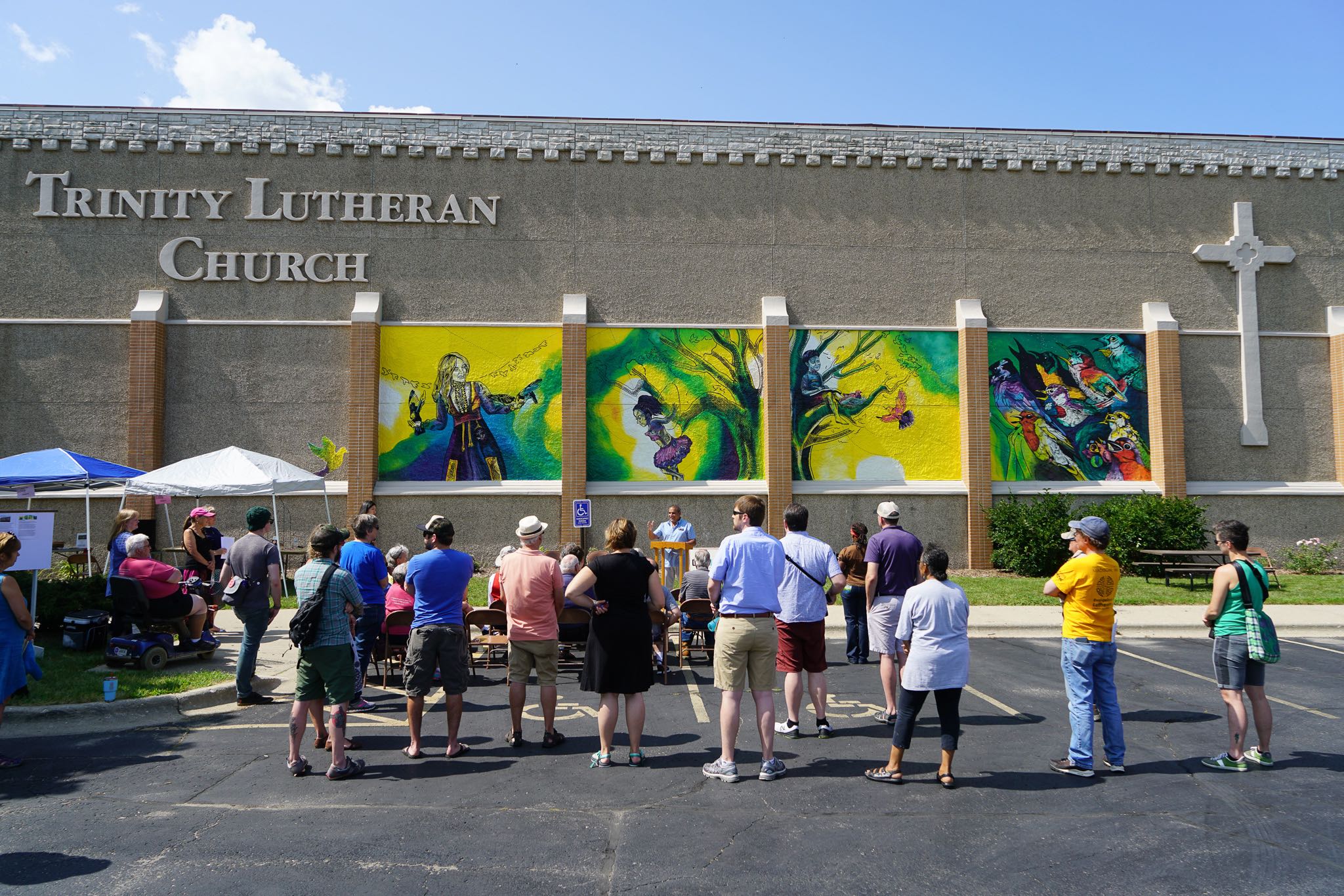 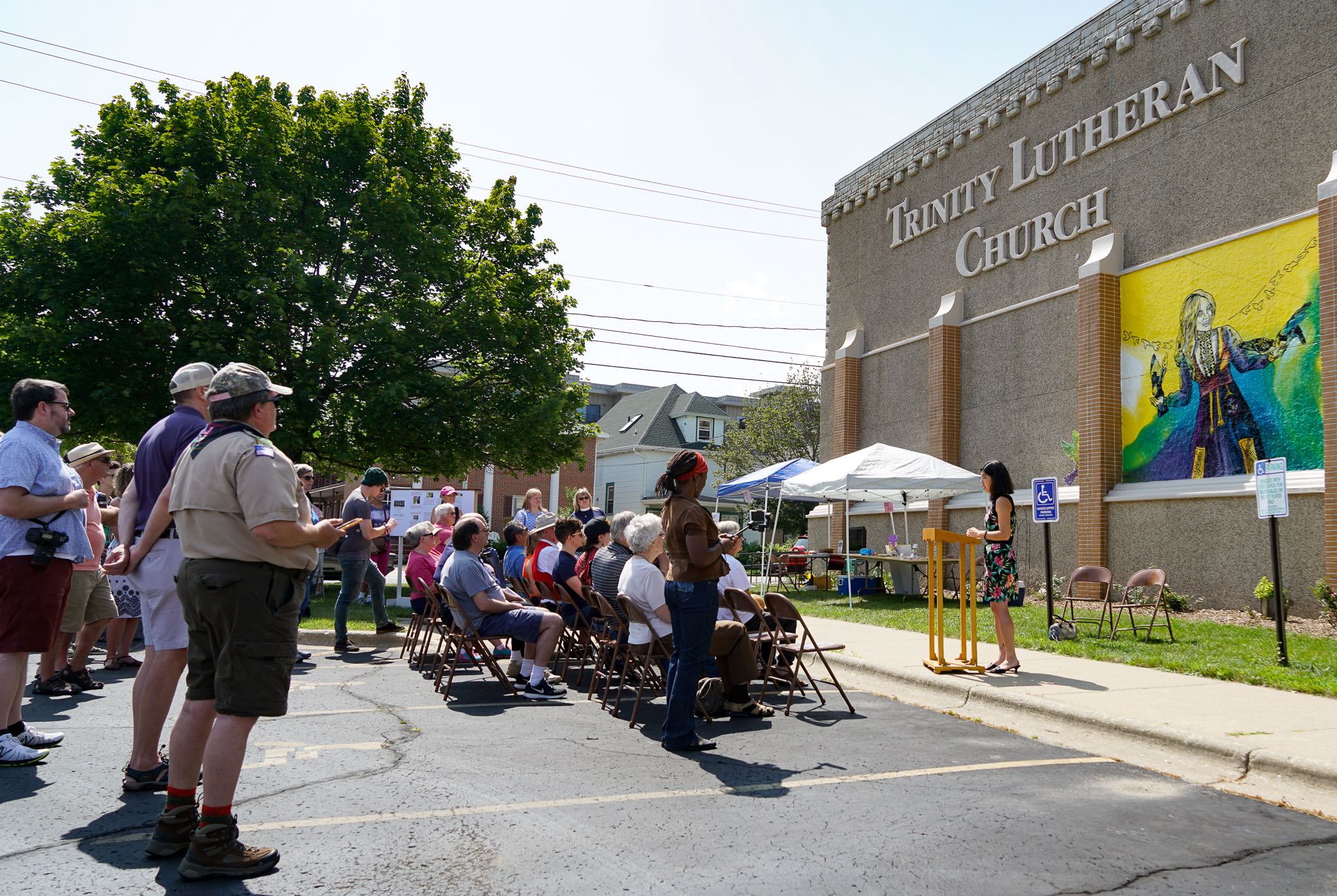 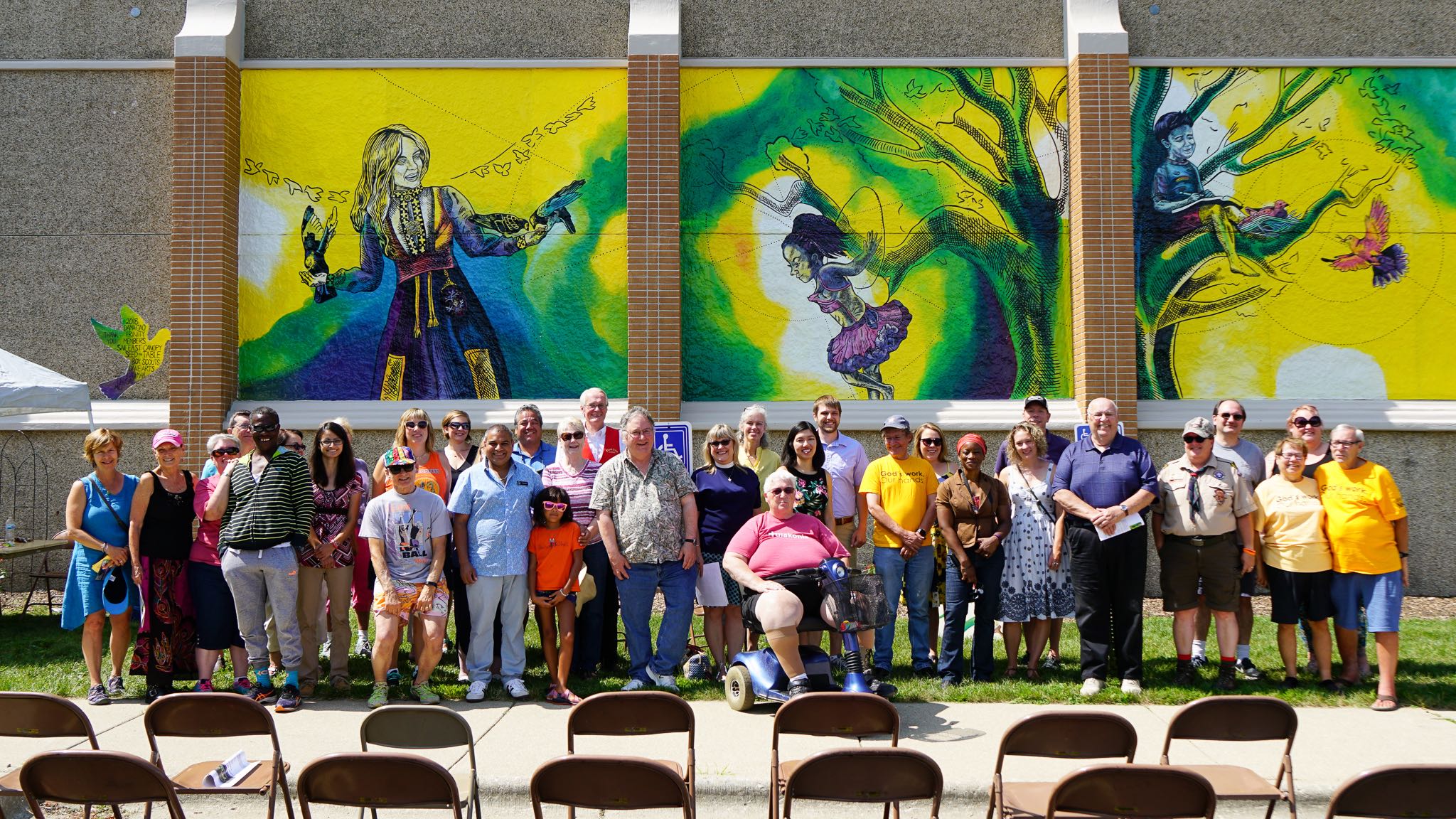 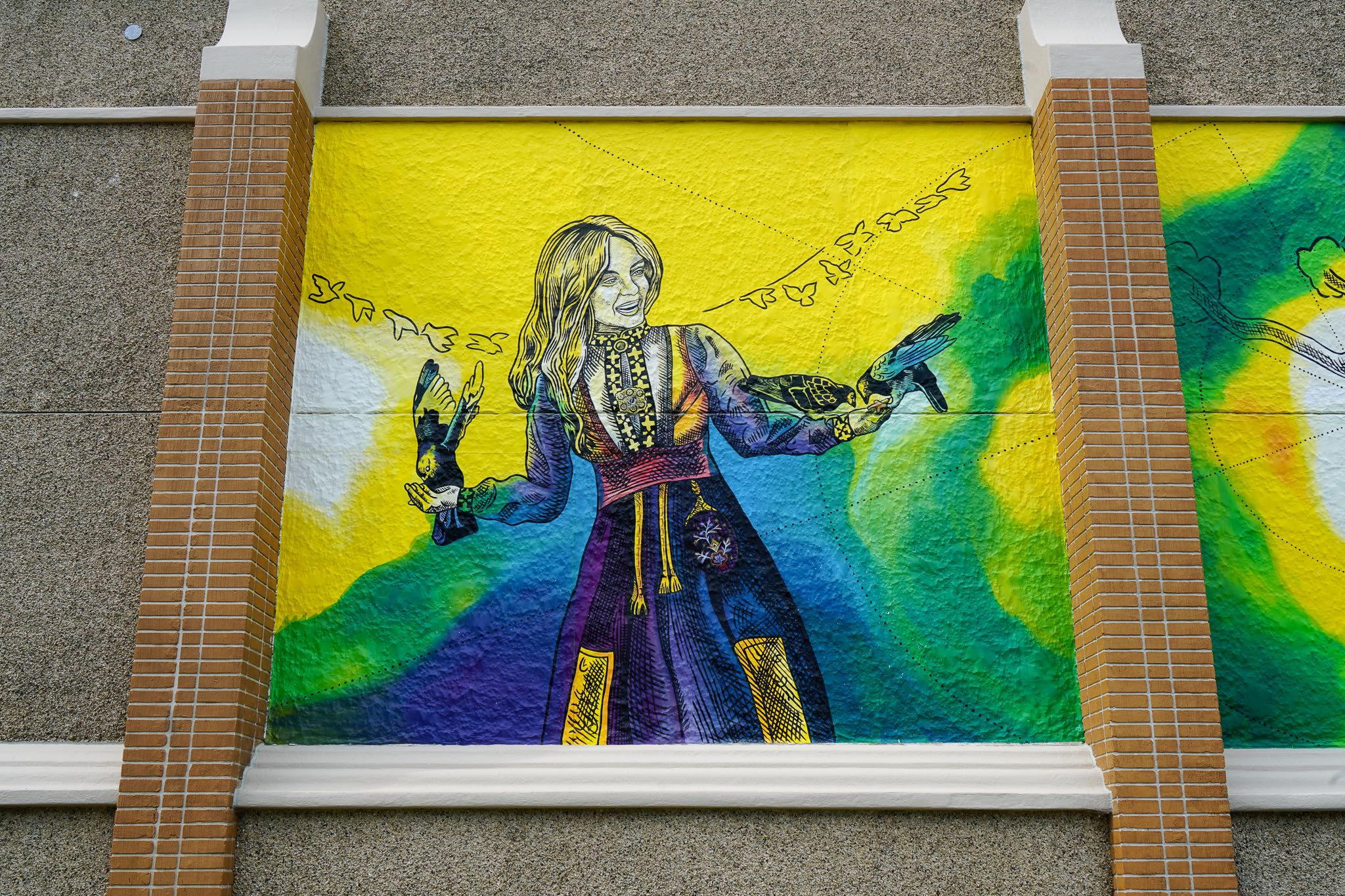 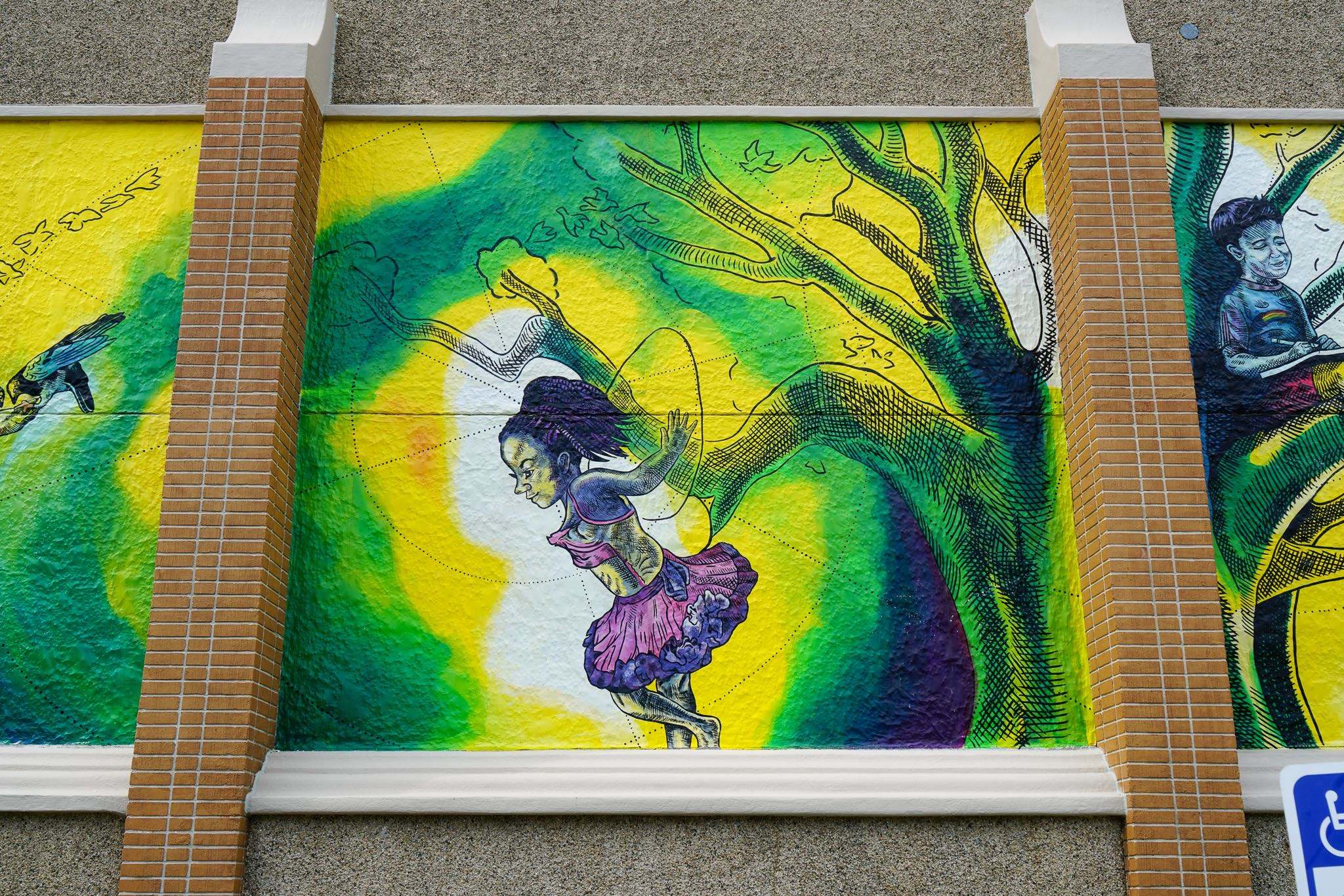 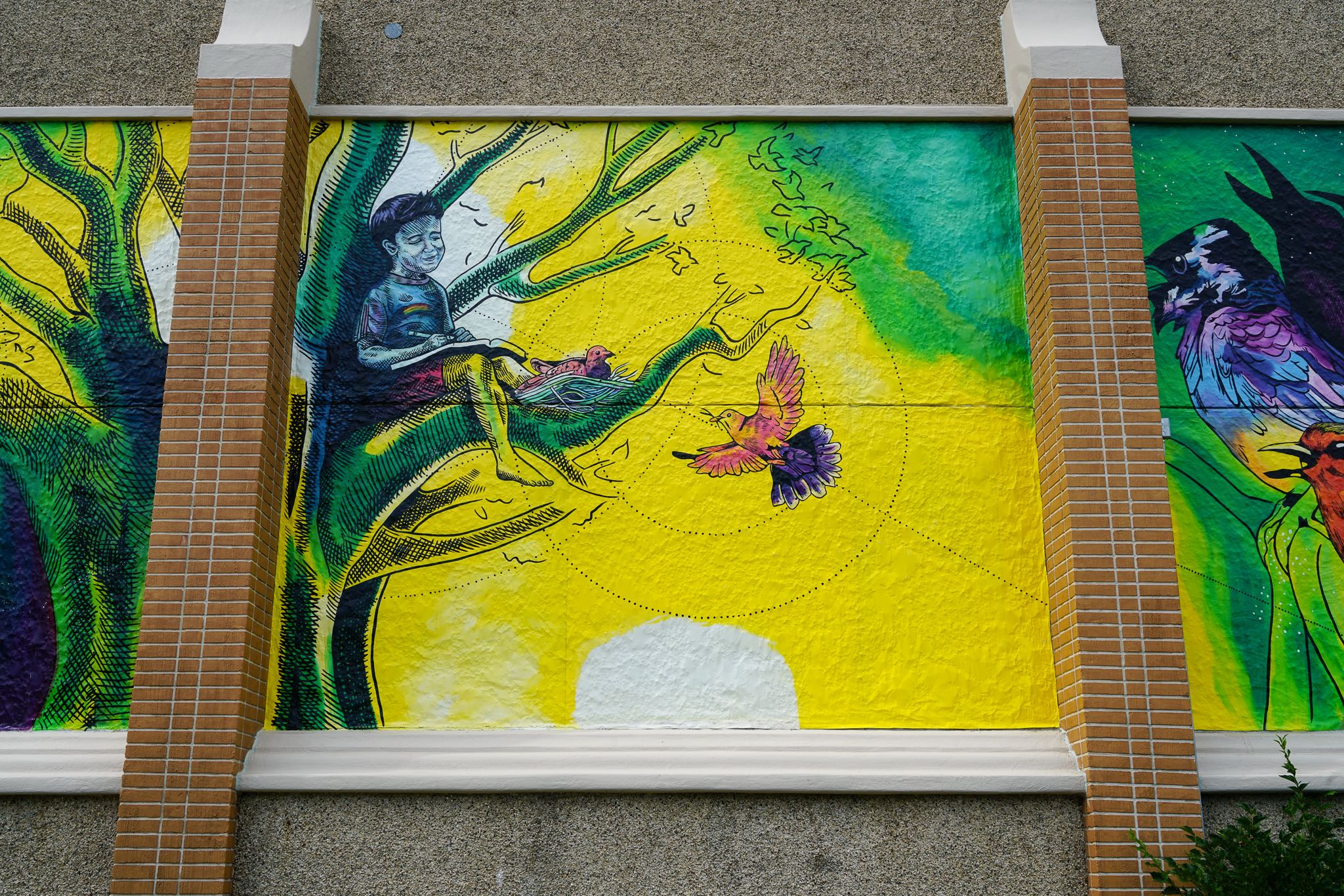 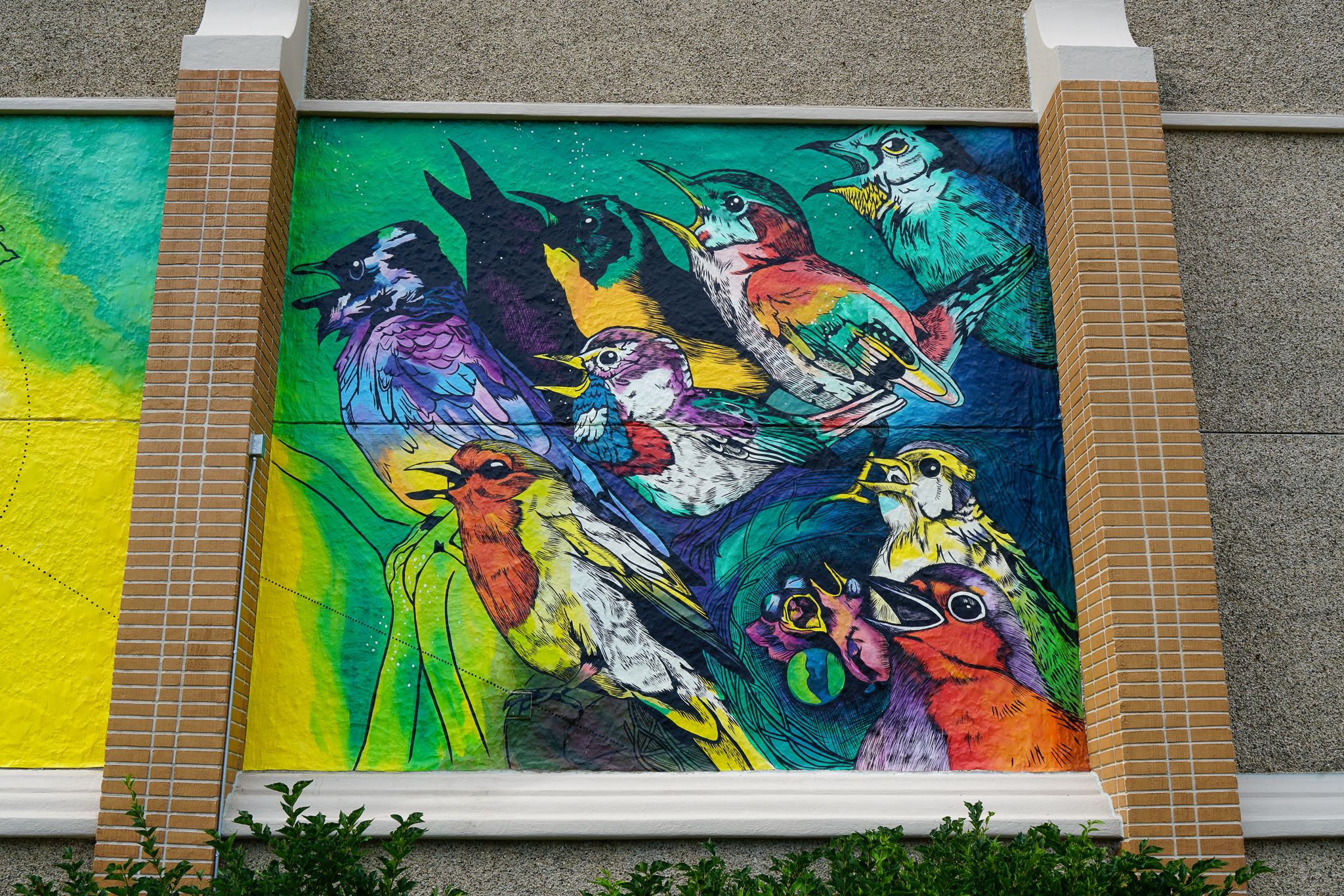 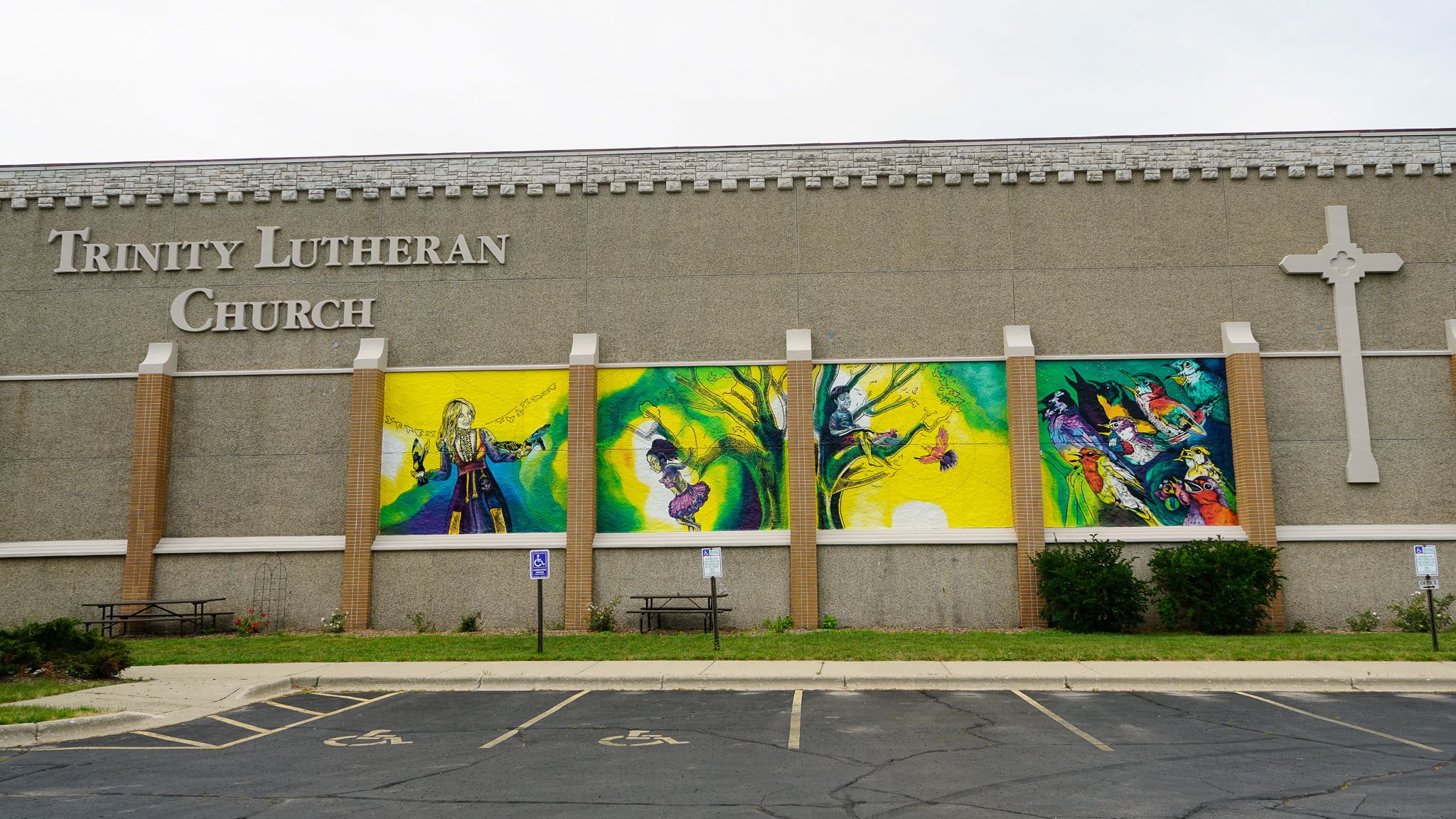 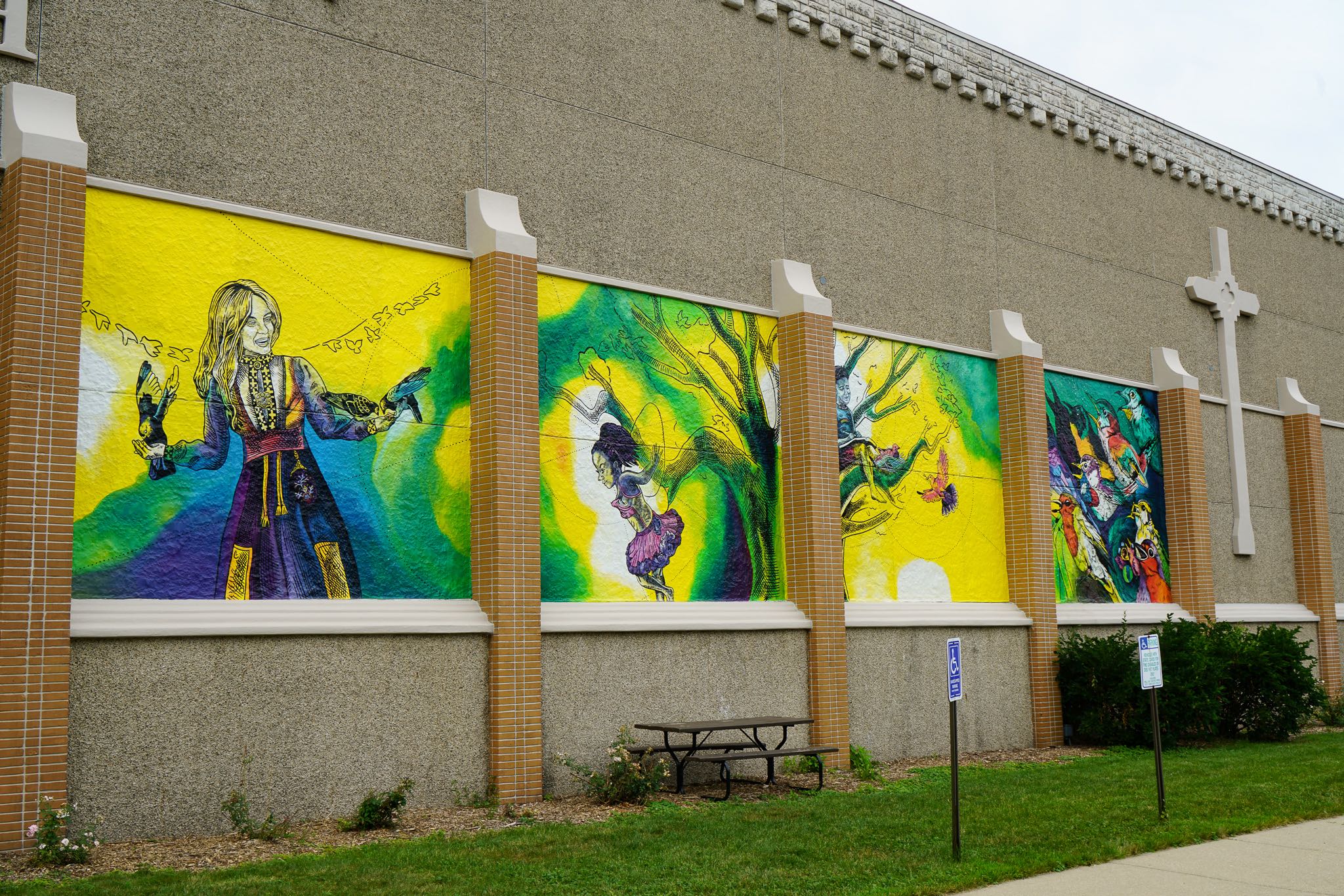