"In Unison" is a public installation of larger-than-life migrating birds made from old clothes. It is currently on view in the children's section of the Madison Public Library. I created this project during my January-February art residency at The Madison Bubbler.

Look up ahead and you’ll see a flock of larger-than-life migrating birds made from old clothes.

The birds are passenger pigeons. They used to fly in flocks by the millions, shaking the trees with their thunderous noise. In the late 1800s, there were 3 to 5 billion of them. Their largest nesting grounds were in Wisconsin.

Can you imagine what it’s like to fly with a million of your friends? In Unison? Without bumping into one another?

No individual can lead a flock this big. The flocks function as pure democracies, where everyone has a voice on where the group goes. The group protects the individual by becoming a collective shield.

The enormous flocks were highly visible and easy targets for guns. Because there were so many, we took the birds for granted and overhunted them. This was before there were any policies to protect the environment.

Sometimes, moving in numbers is not about safety, but about standing up for our beliefs. Football teams, peaceful protests, and the military all move In Unison, marching for a common purpose.

This project serves to emphasize a shared purpose, by reclaiming old clothes and reviving the story of the passenger pigeon. Most clothing can’t be recycled and billions of pounds of clothing get thrown away every year. This is a big problem, but there is nothing too big for us to face. Community movements are powerful, and we get to decide where they go.

The Migratory Bird Treaty Act was passed in 1918. Earth Day was founded (by a Wisconsin senator) in 1970. Each passenger pigeon in this flock was cut from different cloths, proving that what we have is worth working with and bringing together.

Thanks go out to the community members who donated clothing and who helped out at the community sewing days. Each bird has 56 pieces in its pattern and takes 12 hours to complete. This project would not have been possible without all the different hands that came together and helped. 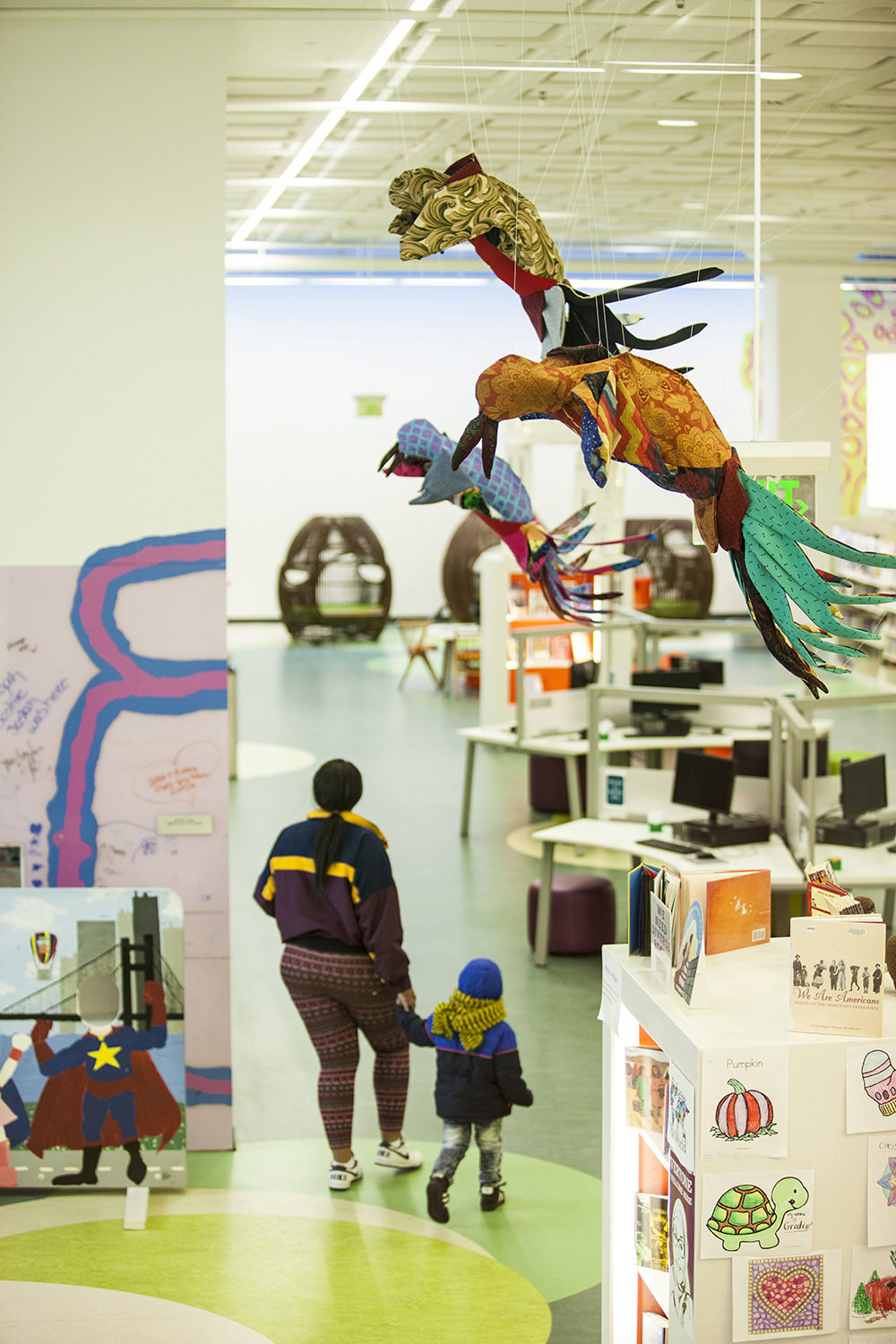 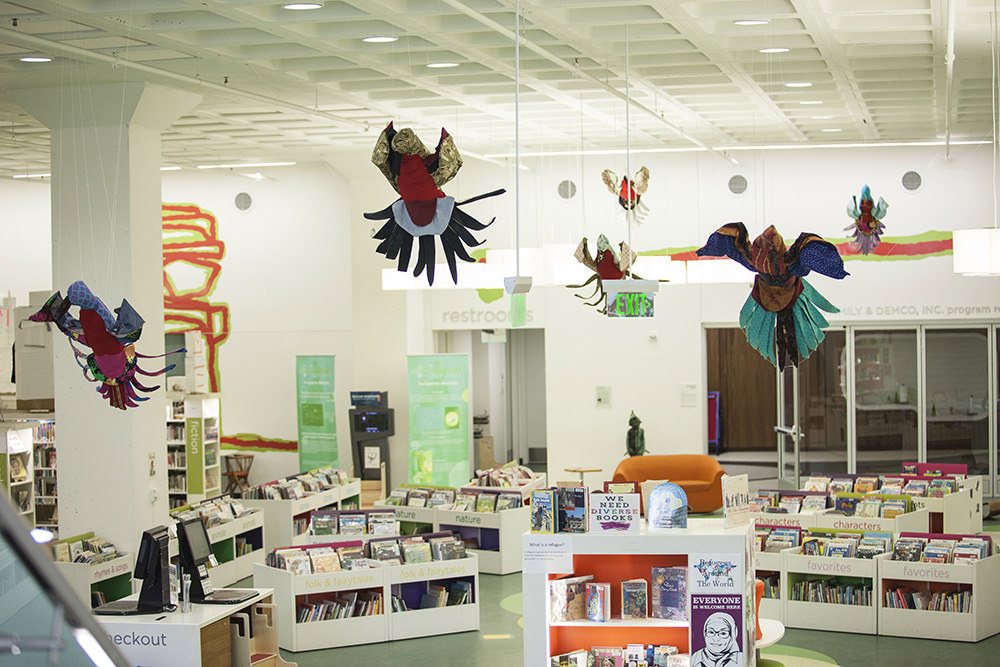 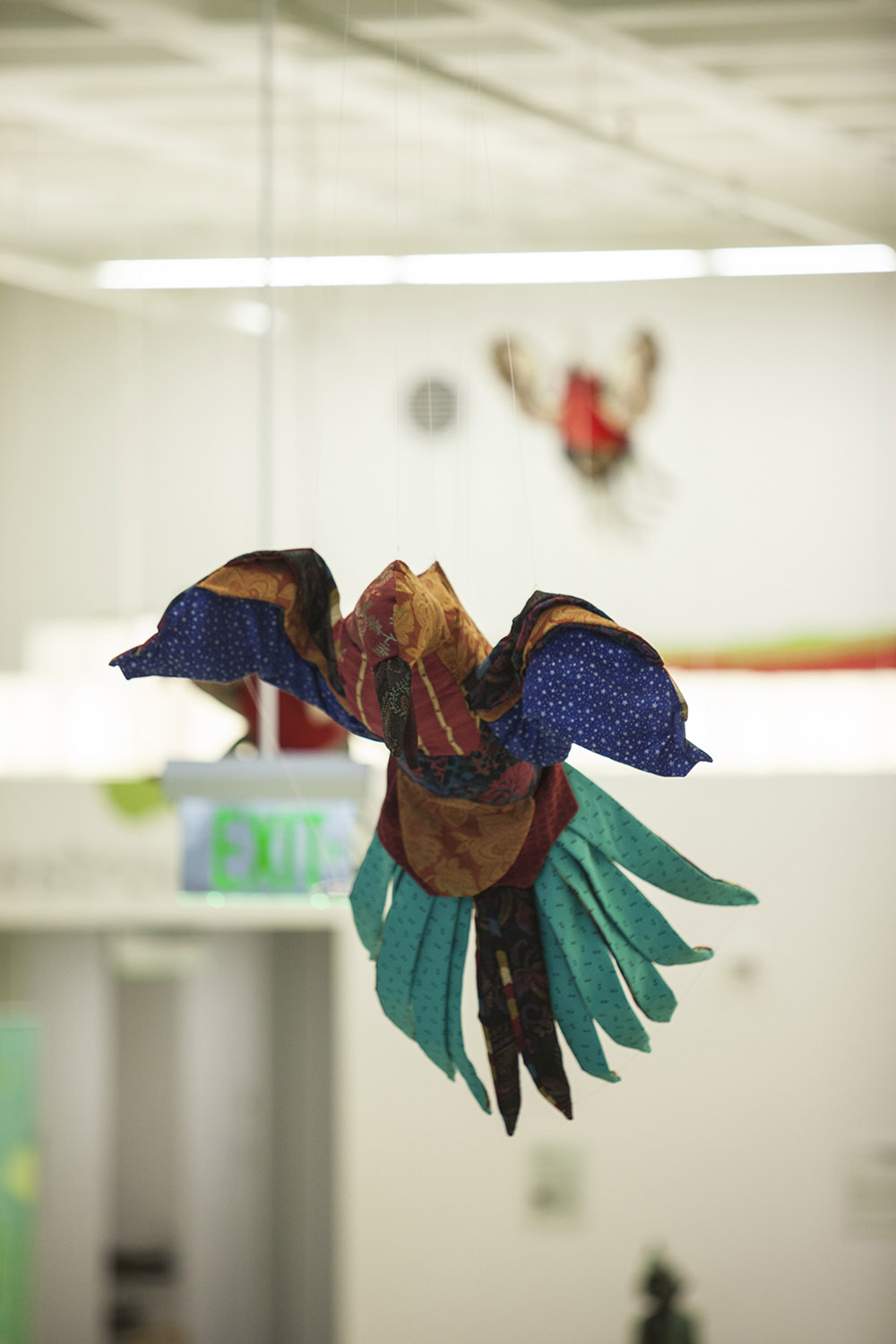 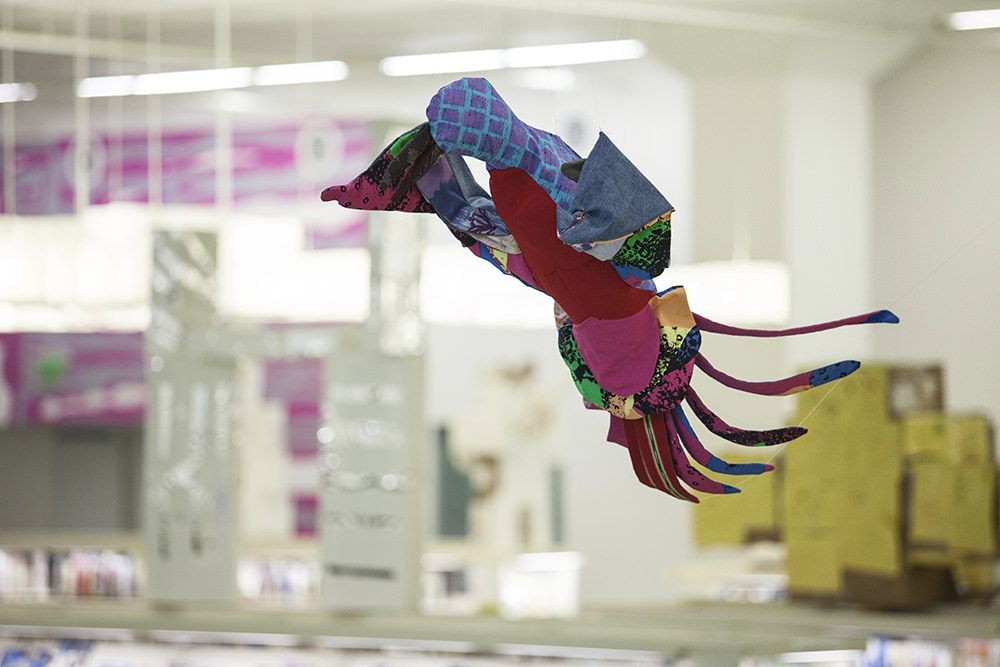 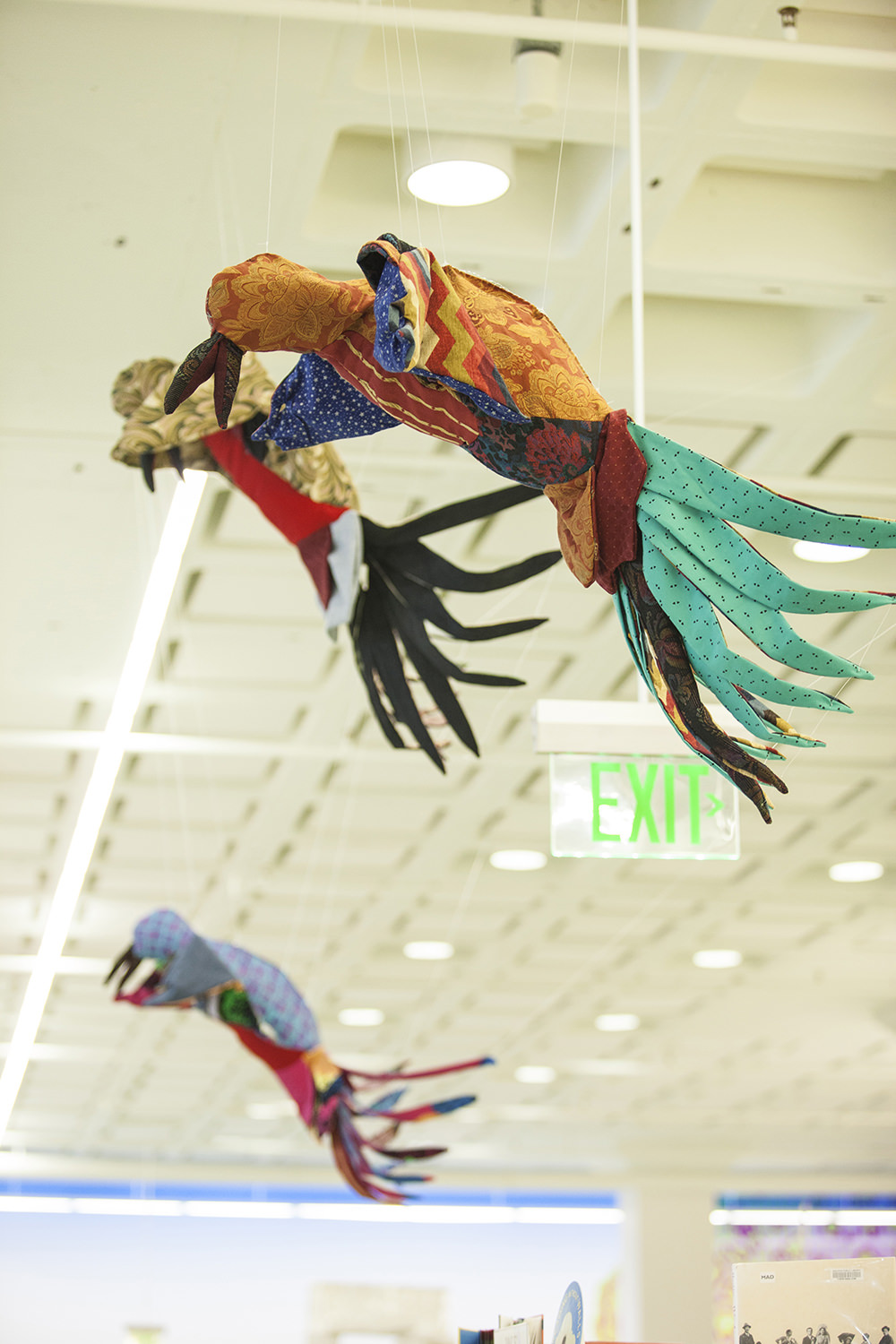 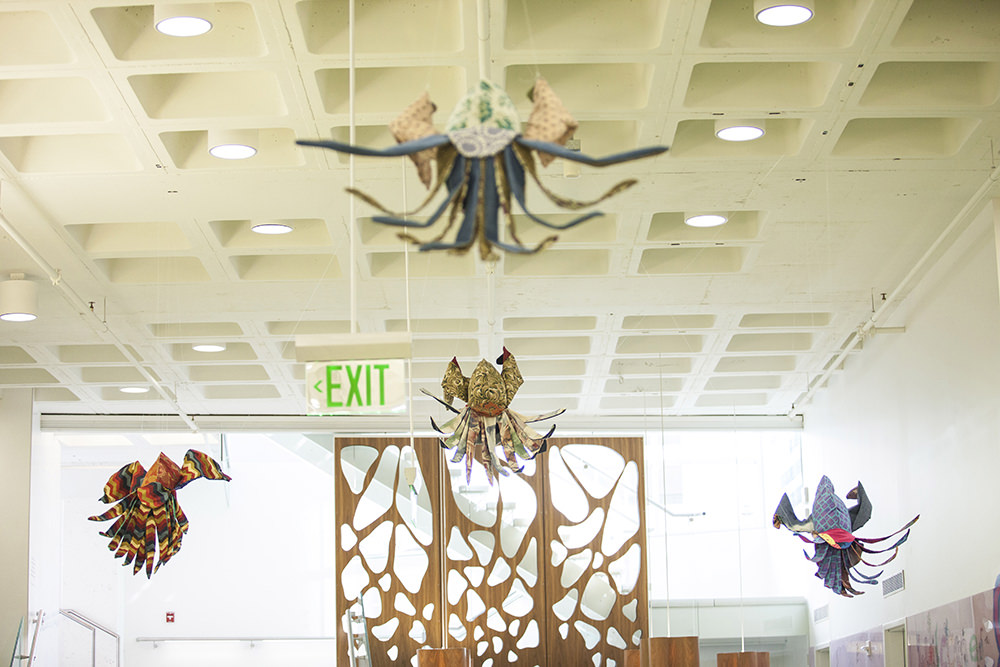 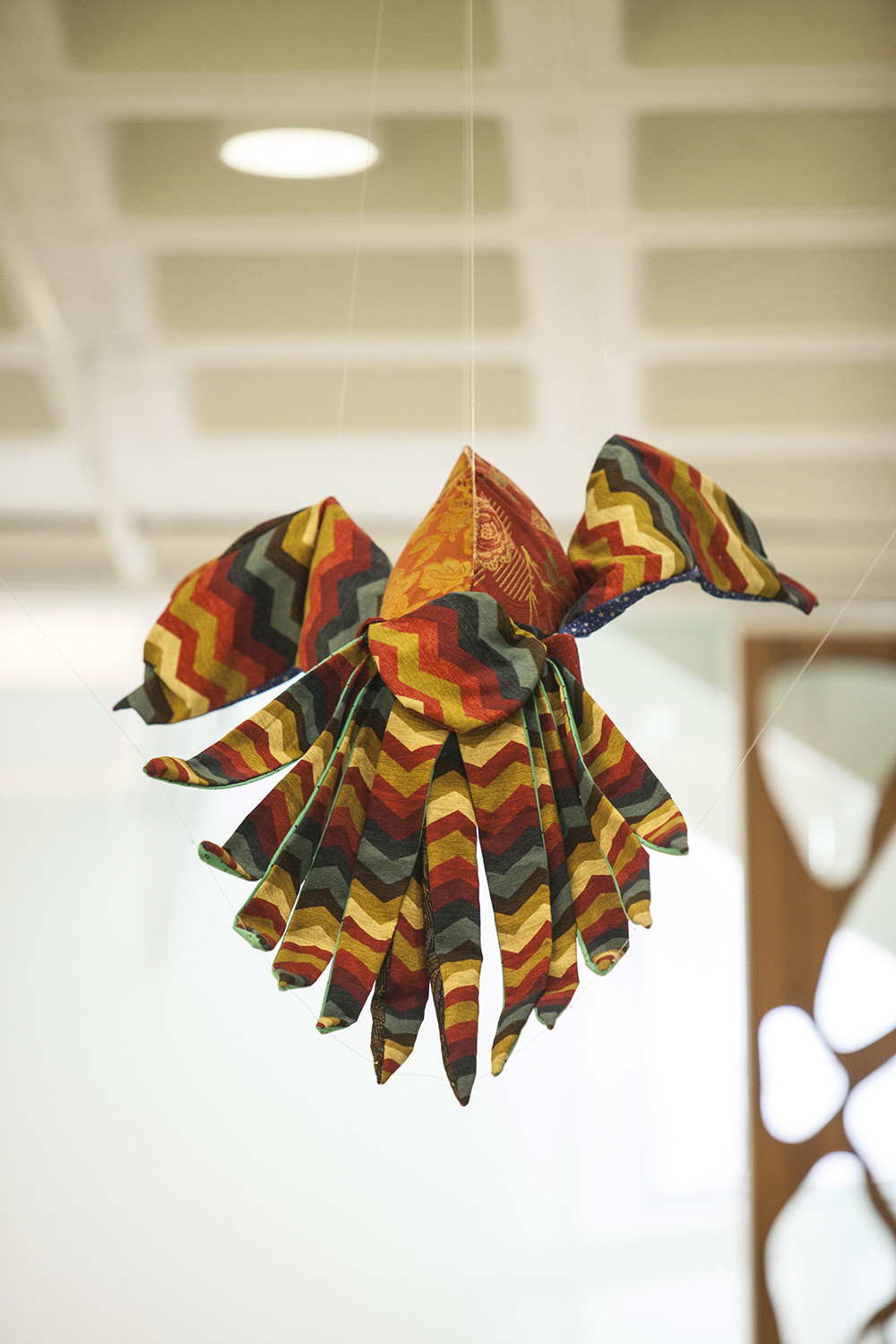 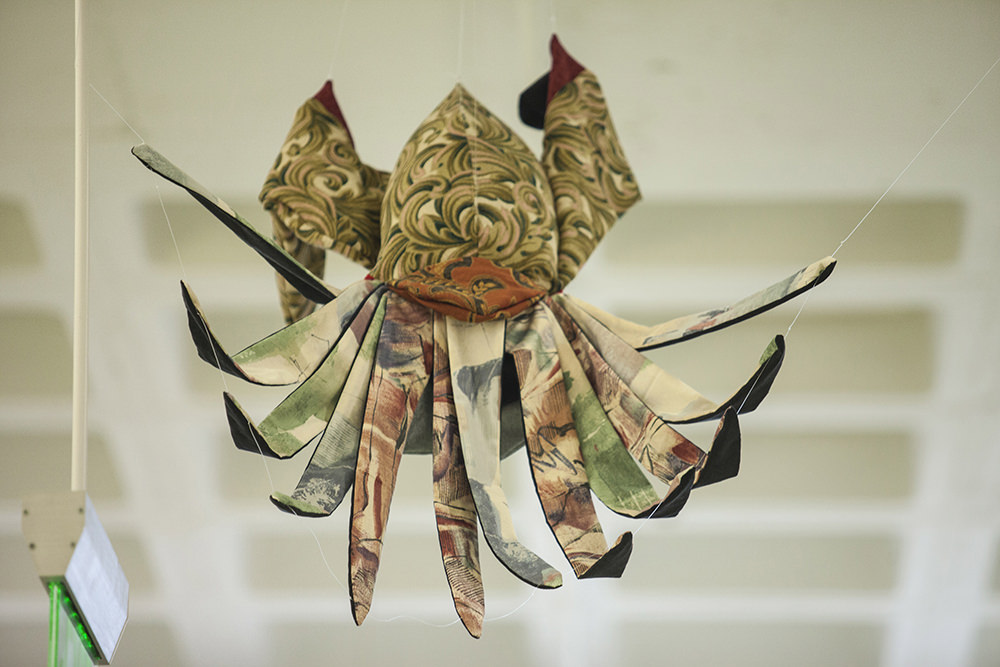 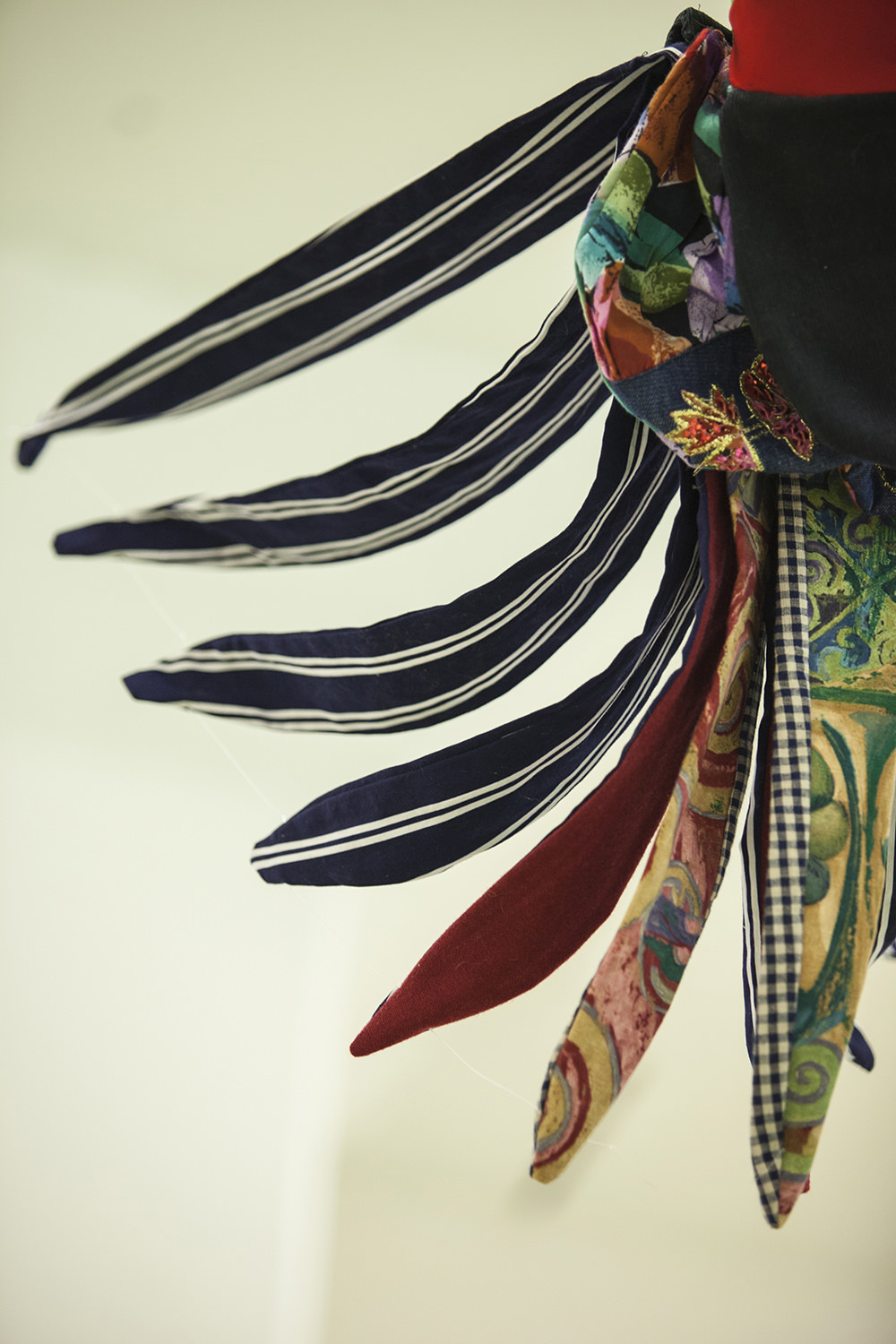 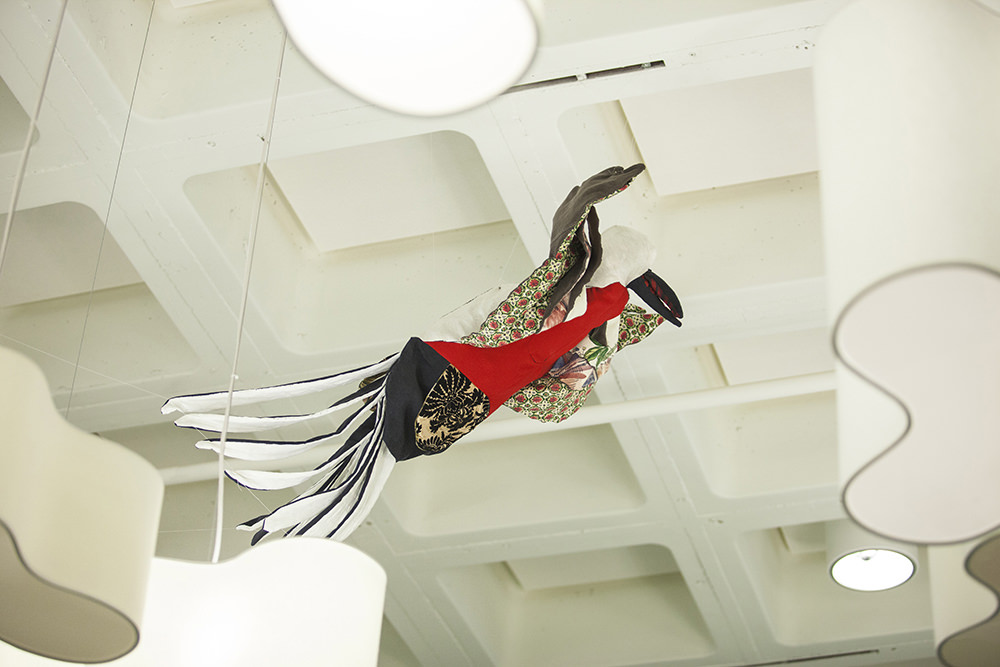 View from below passenger pigeon (Gaylord) in art installation 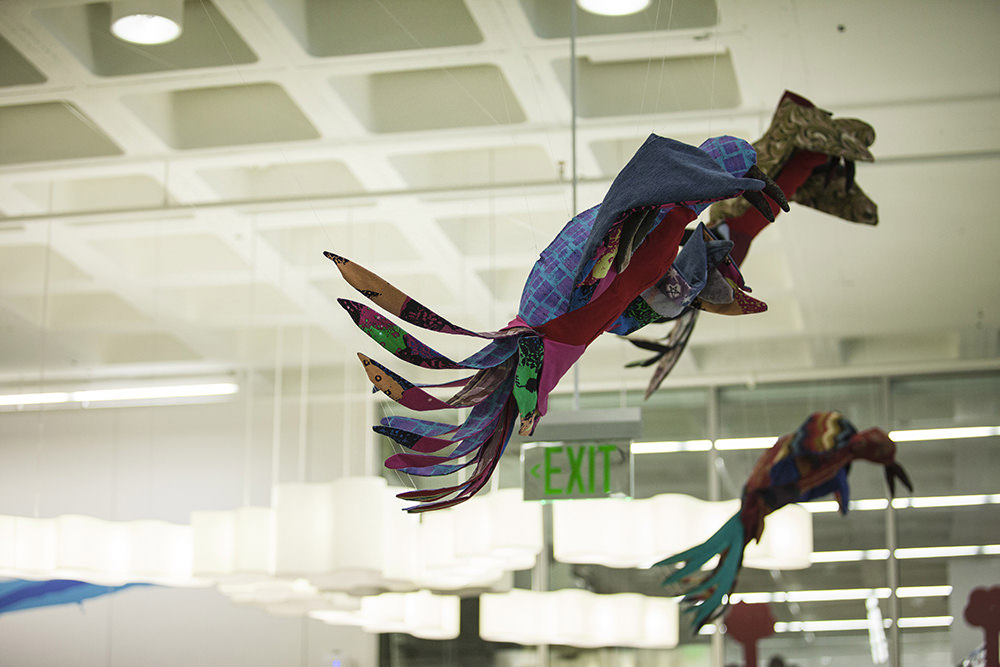 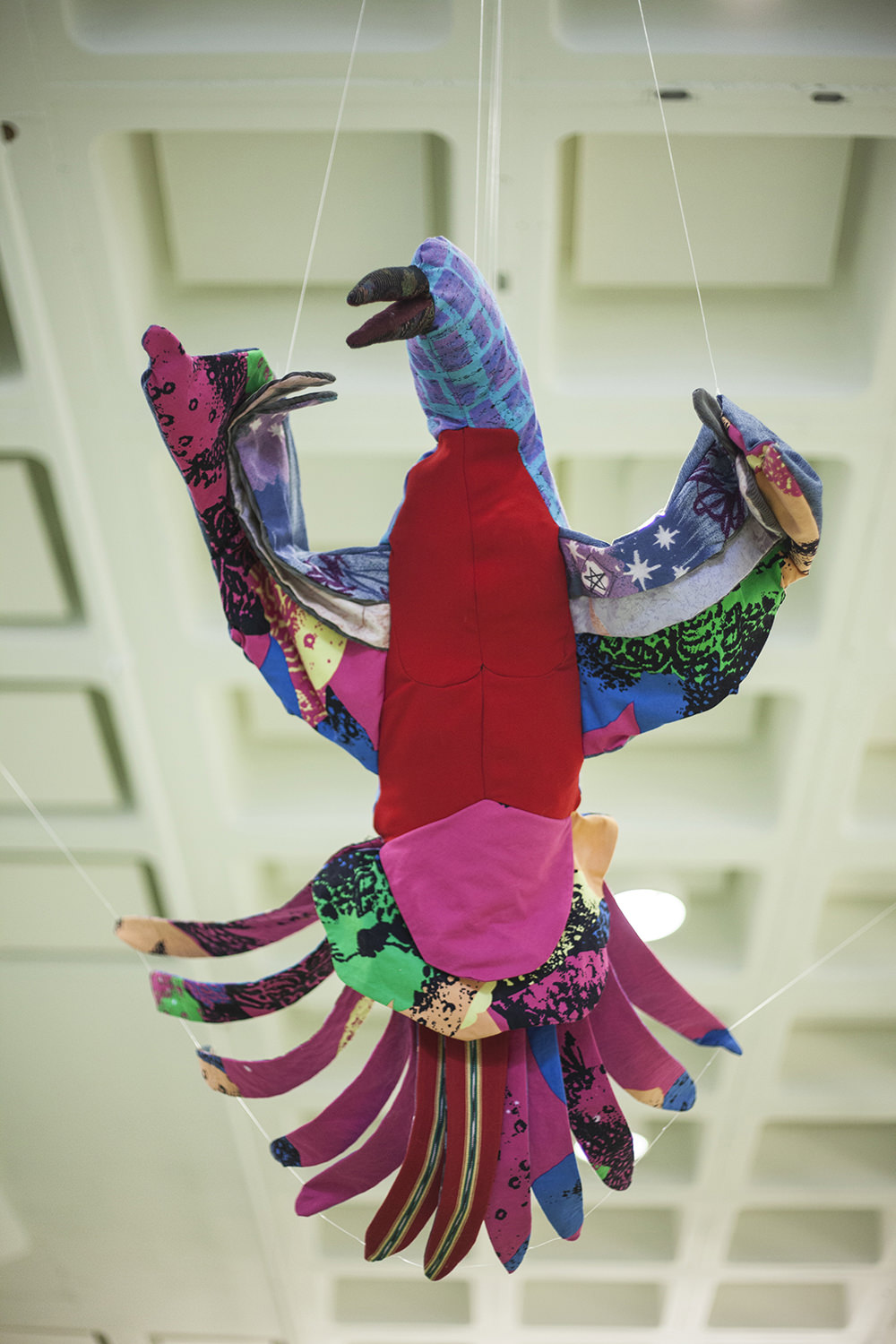 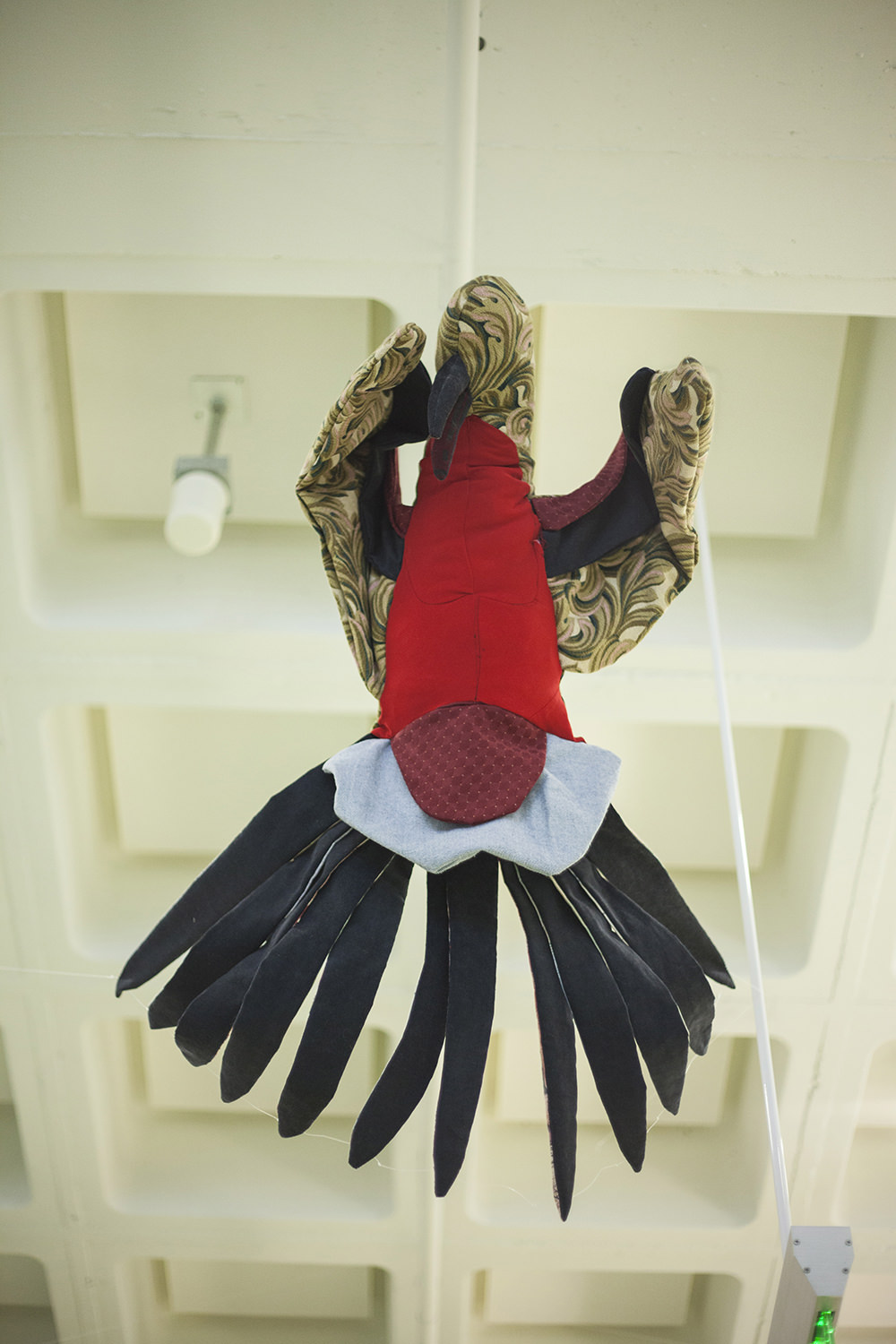 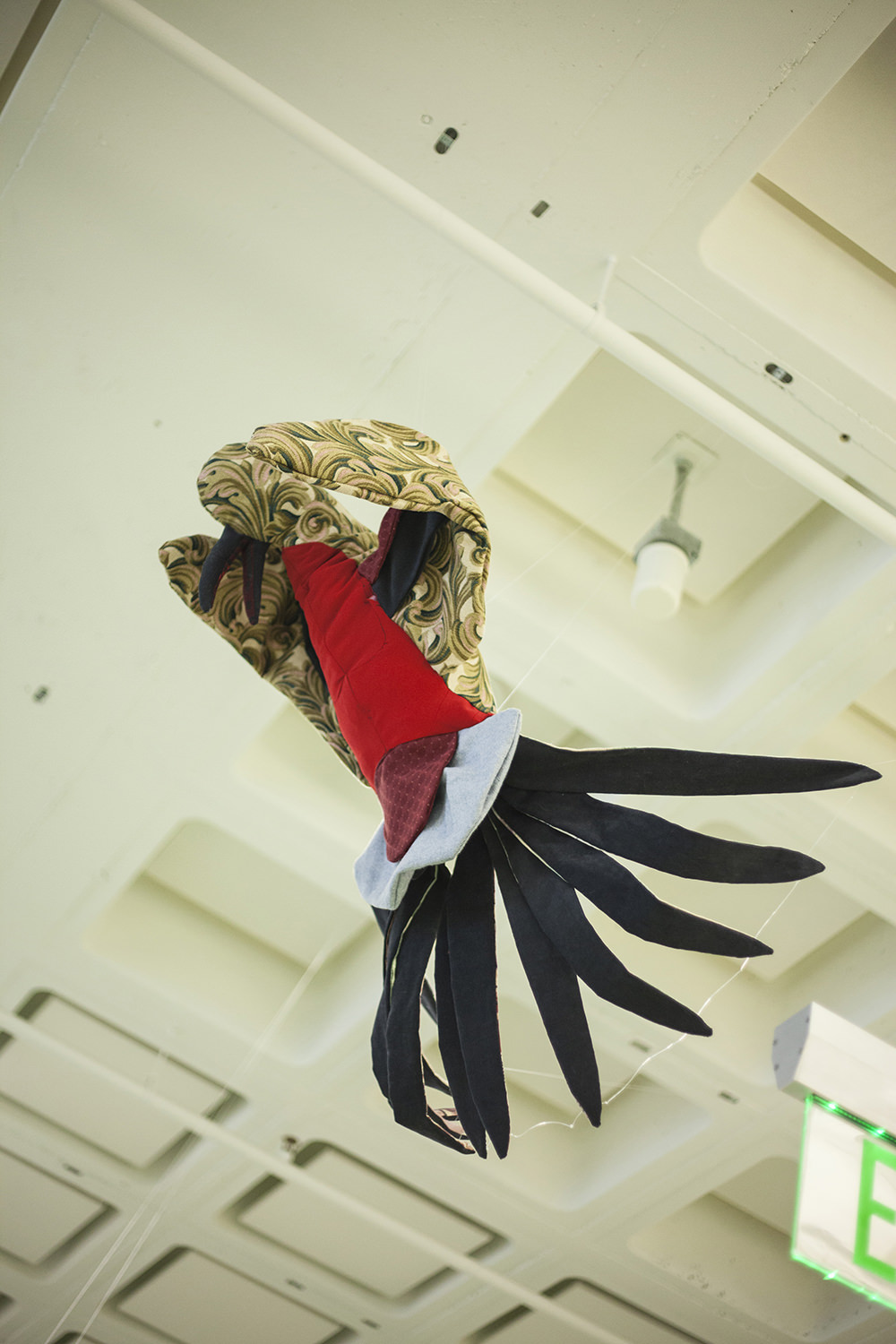 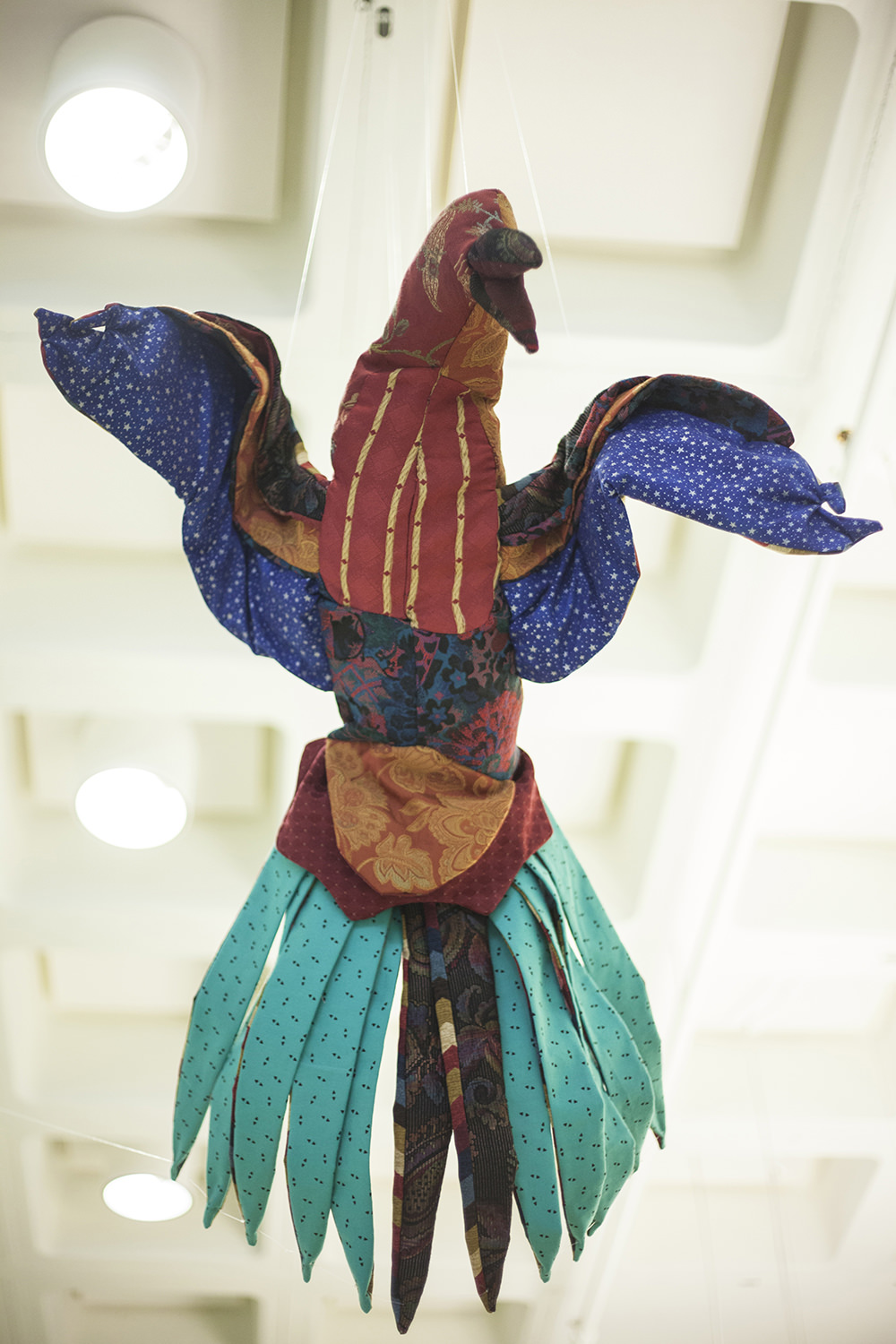 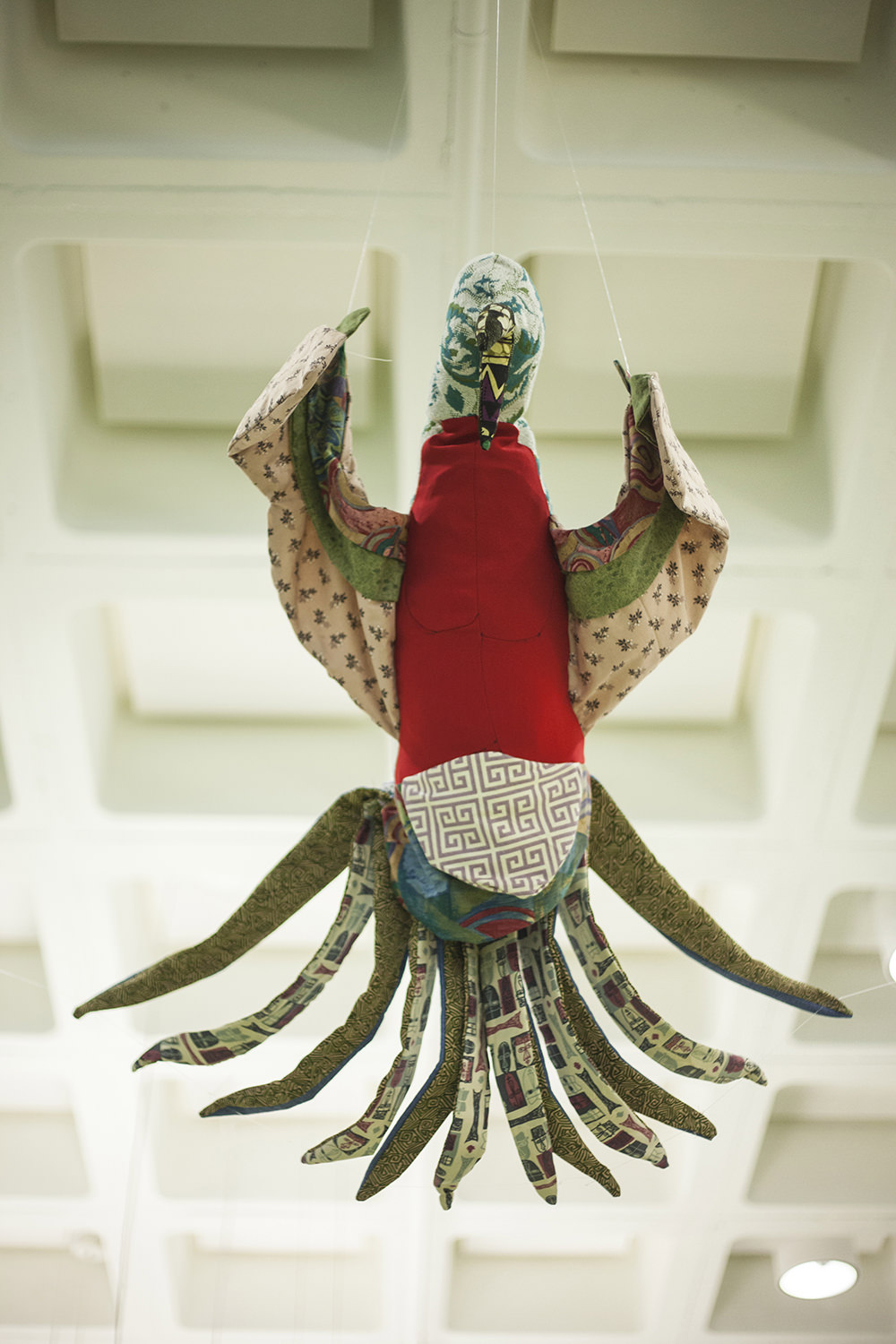 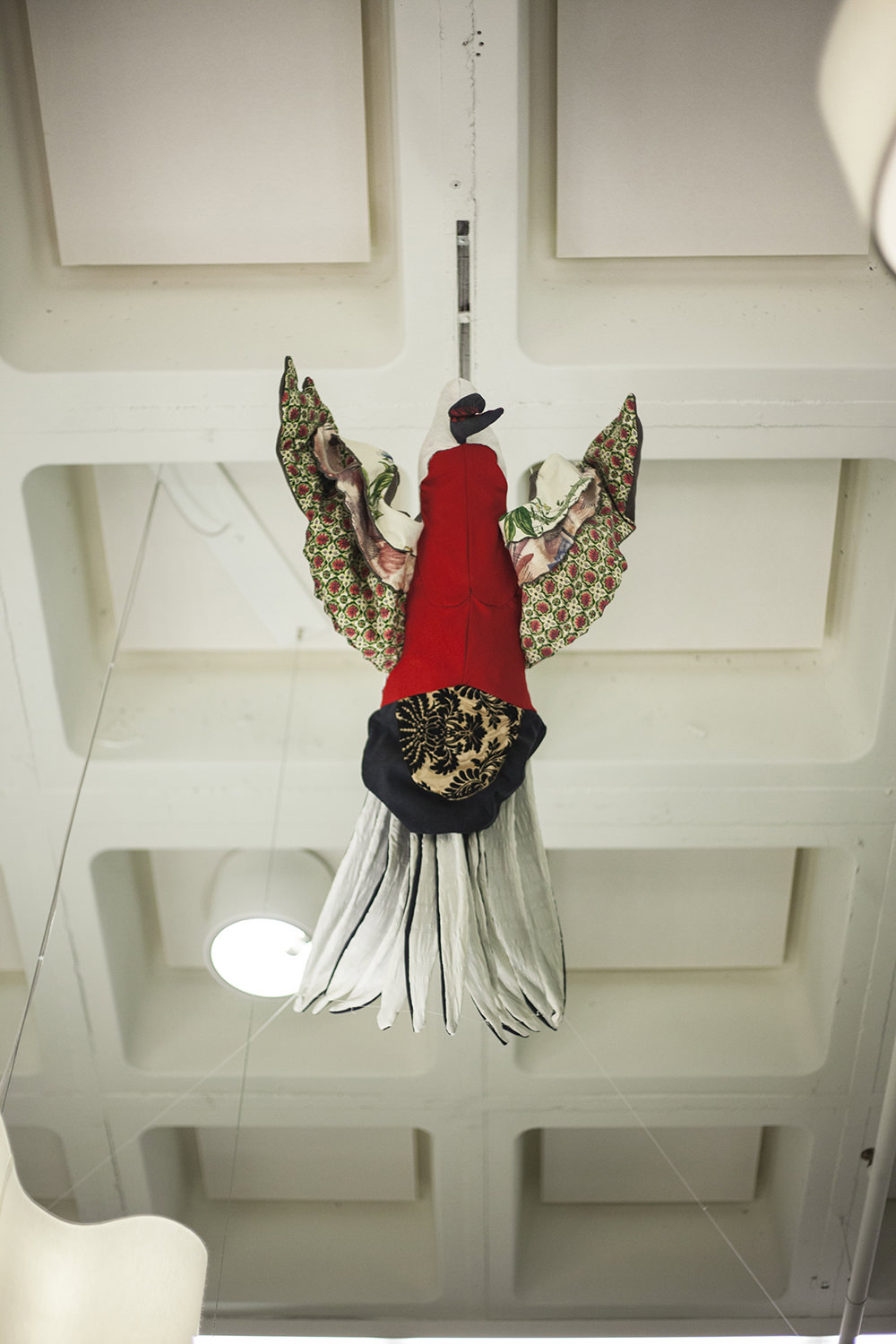 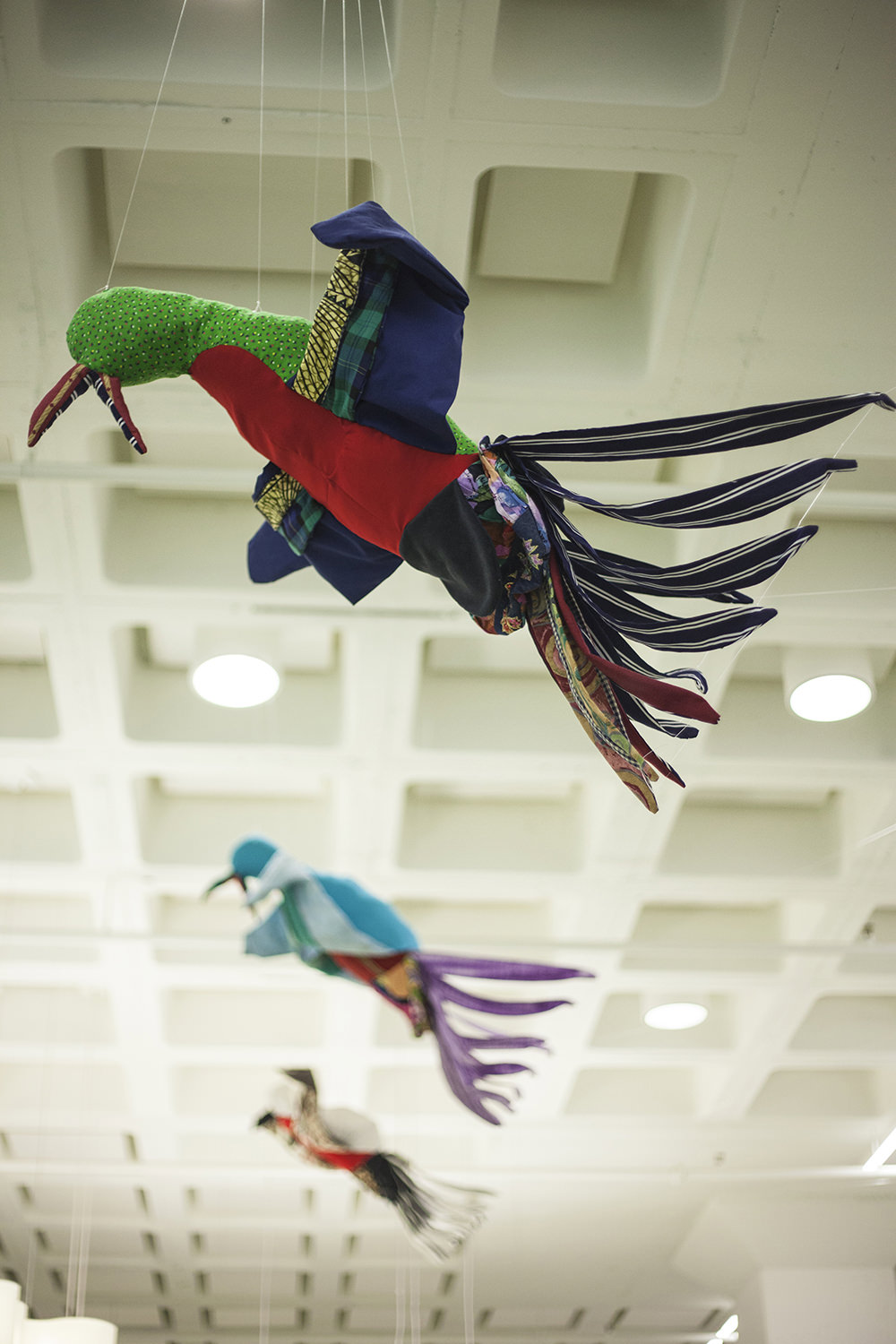 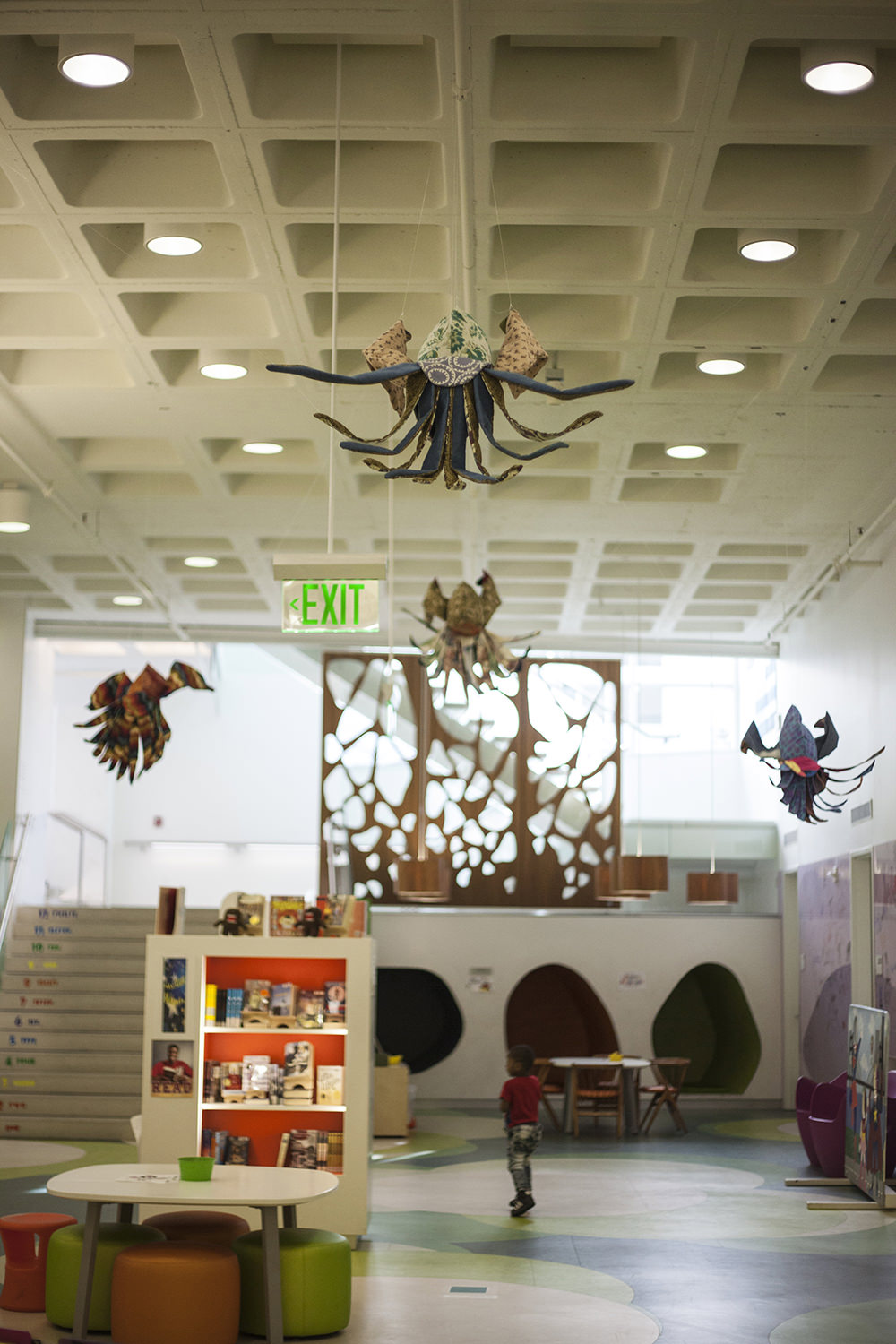 Title: In Unison
Medium: repurposed clothing and upholstery fabric, original pattern designed by Jenie Gao, based on the passenger pigeon
Dimensions: each bird as a wingspan of 4 feet
Photo credit: Jennifer Bastian Photography